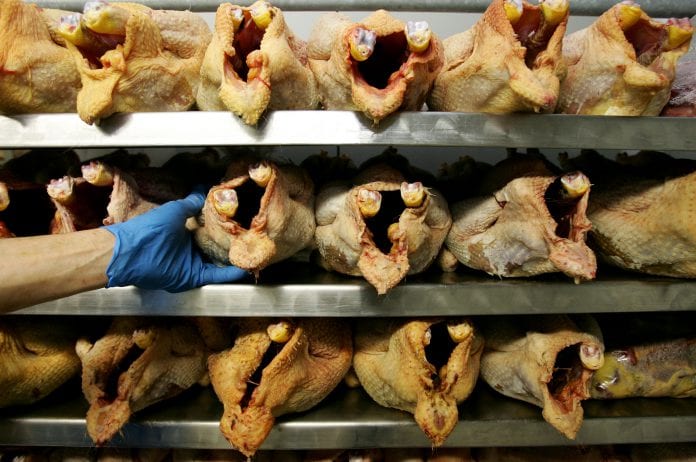 Myanmar Livestock Owners’ Association formed an advocacy board to legally import frozen meat from foreign countries, U Win Sein, chairman of the association, said during a meeting of the Myanmar Fisheries Federation.

“Some hotels request us to allow them to import international standard meat. Some even want to import 300 tonnes of chicken wings and thighs to distribute in rural areas. So, we have a situation where we cannot resist those imports,” he said.

Currently, the meat prices in local market are rising rapidly. One viss (1.6kg) of chicken rose from K3,000 to K7,000-8,000 in the recent months. Once the government allows the import of frozen meat from foreign countries, competition is expected to increase for local producers. The situation will also change with entry into the ASEAN Economic Community in 2015, U Win Sein explained.

According to Myanmar Livestock Owners’ Association, anyone wishing to import frozen meat needs to record the production date, initial storage date, expiry date, according to WHO, WTO and ORE standards.

The Ministry of Livestock and Fisheries already allowed the import of 3,000 Australian dairy cows to kickstart the local dairy industry.

According to the data from Myanmar Livestock Owners’ Association, $51 million of dairy products are imported annually for local consumers.