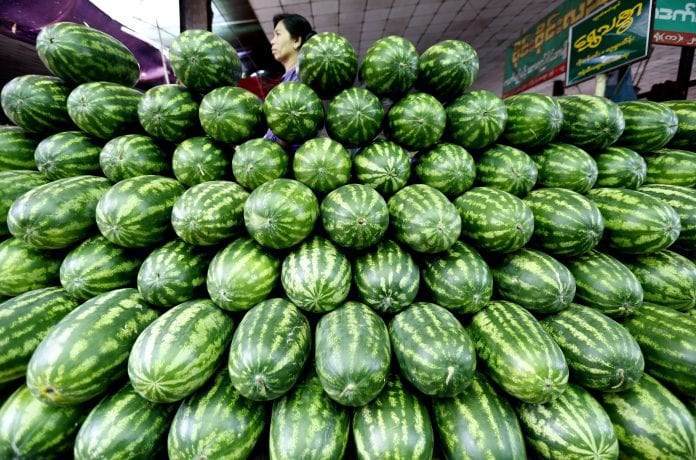 Myanmar earned $34.98 million from exports of fruits and vegetables in the first nine months of the fiscal year 2013-14, according to official statistics.

In the previous fiscal year, the country saw $73.83 million worth of exports to foreign markets.

Myanmar has been exporting fruits and vegetables to neighbouring countries through border trade.

Starting May last year, it began exporting fruits and vegetables to Singapore by ship.

Myanmar will also export fruit and vegetables to Japan in the near future to expand its market in Asia, according to the Ministry of Commerce.