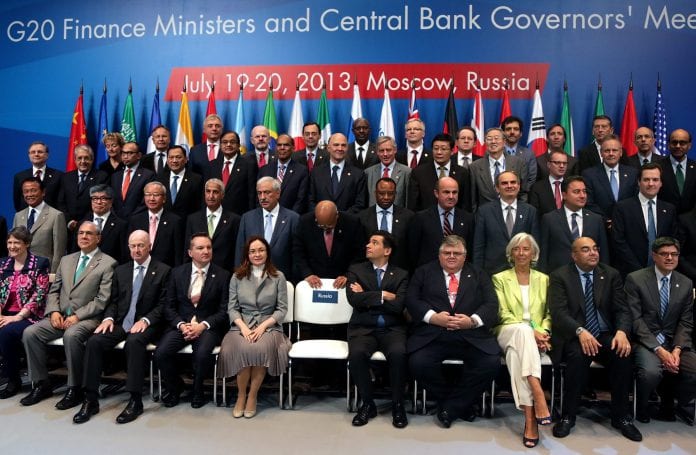 Regular meetings of the world’s leaders and central bankers have little short-term impact on financial markets, despite extensive media coverage, according to research published by the European Central Bank.

ECB researchers looked at how the price of shares and bonds changed after meetings of the Group of 20 (G20) between November 2007 and September 2013 – a time when the body was at the heart of global efforts to lessen the impact of the financial crisis.

“The big picture arising from our analysis is that effects of G20 summits are small, short-lived, non-systematic and non-robust,” the study concludes.

Evidence that G20 meetings eased financial market jitters – for example, by causing share prices to rise and bond prices in advanced economies to fall – was weak.

“(This) suggests that the information and decision content of G20 summits has been of limited immediate relevance for market participants, or already incorporated in prices.”

The result contrasted with other, similar research into European Union summits, US Federal Reserve meetings and a predecessor of the G20, the G7 – all of which had a clear impact on markets.

The research only focused on the short-term impact of G20 meetings, and was not able to judge the effect of longer-term financial reforms set in train at the meetings, or the benefits gained from policymakers getting to know each other better.

Such advantages “would make G20 summits possibly still valuable, but it would probably not justify the media attention that they sometimes receive”, the researchers noted.

The next G20 gathering of finance ministers and central bank governors will take place in Washington on April 10, on the fringes of a meeting of the International Monetary Fund.                       Reuters