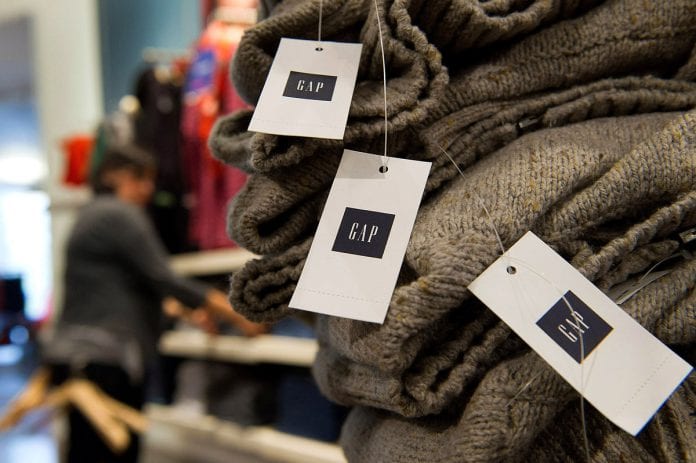 The US Embassy in Yangon said products made at two Yangon factories would be in Gap stores by this summer.

“The garment industry stands poised to become a significant source of jobs, exports and opportunity for the people of this country,” the US embassy said in a statement.

The San Francisco-based retail giant said it has signed a sourcing deal with South Korean-owned factories in Myanmar, while the two factories are reportedly producing vests and jackets for the company’s Old Navy and Banana Republic brands.

According to textile industry figures, Myanmar’s garment exports had hit a high of $850 million in 2001, but plunged after the US toughened sanctions in 2003 in protest at the junta’s detention of Aung San Suu Kyi.

Myanmar’s garment industry – which employed approximately 300,000 people in the early 2000s, according to government figures – was hit hard by the trade embargo. Before the embargo, apparel accounted for nearly 40 percent of Myanmar’s exports, with about half going to the US. In 2004, the US State Department estimated more than 50,000 garment jobs had been lost to sanctions.

The Obama administration started lifting those sanctions in 2012, after a new nominally civilian government in Myanmar enacted a series of economic and political reforms.

More than a year ago, Coca-Cola Co started producing Coke in Myanmar, pledging to spend $200 million here over five years. Other American companies, including General Electric and APR Energy, have embarked on significant investments in Myanmar. In January, GE’s financial arm signed a $960 million contract to lease 10 Boeing aircraft to carrier Myanmar Airways, and in February APR Energy won a contract to refurbish a 100-megawatt power plant in the country, an investment valued at $30 million.

Gap, which sources apparel from roughly 40 countries, didn’t specify how much it is investing in the Myanmar project. Based on the employment Gap expects to create – about 700 jobs to fulfil its apparel orders and as many as 4,000 indirect jobs in the country – it is likely one of the largest US economic commitments to Myanmar since the end of sanctions, the Wall Street Journal reported.

Gap said its decision to source garments from Myanmar was taken after a rigorous due diligence process which saw the company engaging extensively with US government officials, industry and union representatives and international and local NGOs in Myanmar in order to better understand the opportunities and challenges of doing business in the country.

As part of the company’s commitment to transparency, Gap said it will voluntarily disclose and publish information about its practices in Myanmar consistent with the United States government’s reporting procedures.

Gap will also operate in partnership with the US Agency for International Development (USAID) on a project to improve skills among Myanmar’s largely female textile industry workforce.

The company’s partnership with USAID will help lay the foundation for Gap Inc to provide growth and economic opportunities for women in the country, the US embassy said.

“By entering Myanmar, we hope to help accelerate economic and social growth in the country, and build on our track record of improving working conditions and building local capacity in garment factories around the world,” said Wilma Wallace, the vice president of Gap’s Global Responsibility division.

The US embassy statement, which was released following the signing of the USAID partnership, added that Gap would ensure the factories it is sourcing from meet “internationally recognised human rights and labour standards”. Gap’s vendors in Myanmar will be bound by the company’s Code of Vendor Conduct, it said.

Workers at the South Korean-owned factories supplying the Gap products – which Gap says cannot be identified for competitive reasons – are paid an estimated average of $110 a month, with supervisors earning as much as $1,000, according to the Wall Street Journal.

Gap makes clothing, accessories, and personal care products for men, women, children, and babies under its Gap, Banana Republic, Old Navy, Piperlime, Athleta, and Intermix brands. In fiscal year 2013 its net sales were $16.1 billion from its stores in about 90 countries worldwide.