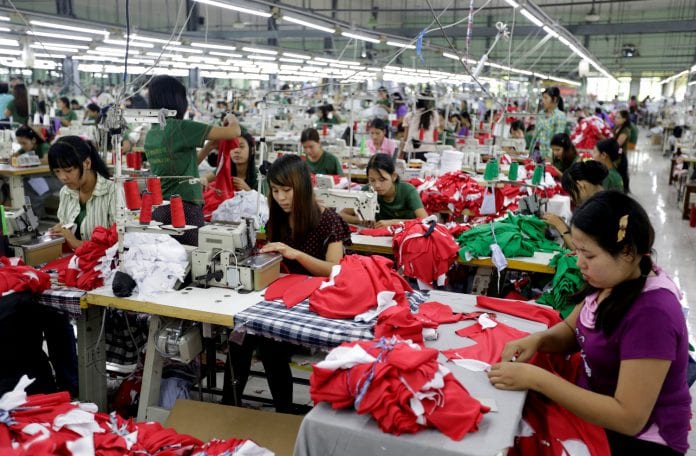 Income from garment exports fell to $896 million in 2014-15 fiscal year which ended in March, more than 30 percent lower than the previous fiscal year, according to the Ministry of Commerce.

Myanmar exported garment worth $1.3 billion during 2013-14, the ministry data shows.

U Win Myint, director at Trade Promotion Department under the ministry, said, “There has been a lot of disputes regarding wages and labour strikes. So the export processes and orders were delayed in the beginning of this year.”

Currently, the industry is producing apparels at around 300 local, and 28 foreign-invested factories including investors from China, Japan, South Korea and some European countries.

U Khin Hlaing, executive member of Myanmar Garment Manufacturers Association (MGMA), told Myanmar Business Today, “The orders are drying up because the labour market is unstable. We also lack skilled labours, so we cannot deliver orders on time.”