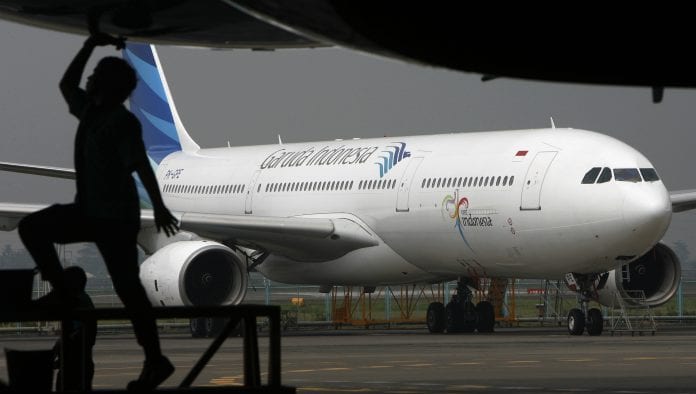 Garuda Indonesia, the state-run airline of Indonesia, and Myanmar Airways International (MAI) have concluded a code share agreement between the two airlines.

Under the agreement, Garuda will place its “GA” code on MAI’s flights between Bangkok-Yangon and Singapore-Yangon, while MAI will place its “8M” code on Garuda’s operations between Jakarta-Bangkok and Jakarta-Singapore.

The codeshare will provide passengers between Myanmar and Indonesia with seamless connections through the international gateways of Singapore and Bangkok, Garuda said in a statement.

“Myanmar is an important market for Indonesia and through this partnership we can offer more travel options for the increasing number of passengers travelling between the two countries,” Garuda Indonesia EVP sales and marketing Erik Meijer said.

He said the deal will also boost trade and tourism activities by making Indonesia “much more accessible for Myanmar visitors.”

Myanmar has become an increasingly important market for Indonesia recently with Indonesian companies trying to step up their presence in the previously off-limits country. About 55,000 people currently travel between the two countries for both business and leisure. Indonesia’s newly elected President Joko Widodo in a summit in Myanmar last month said he aims to boost bilateral trade to $1 billion by 2016.

“We are glad that our passengers will be offered a wider choice of destinations as well as greater flexibility and convenience when travelling between Yangon and major cities in Indonesia with this new code-share service.” MAI managing director Si Thu said.

MAI, which was established in August 1993 as a joint venture between state-run Myanmar Airways and a Singapore-based firm, became a member of local conglomerate KBZ Group in January.

The airline runs schedule flights between Yangon and Singapore, Kuala Lumpur, Bangkok, Gaya, Guangzhou, Seoul, and Mandalay and Gaya. MAI started its charter flight to South Korea and Japan in 2013.

With about 160 aircrafts, Garuda flies to 70 destinations worldwide with close to 600 flights a day. It aims to expand its fleet to around 194 aircraft by 2015.