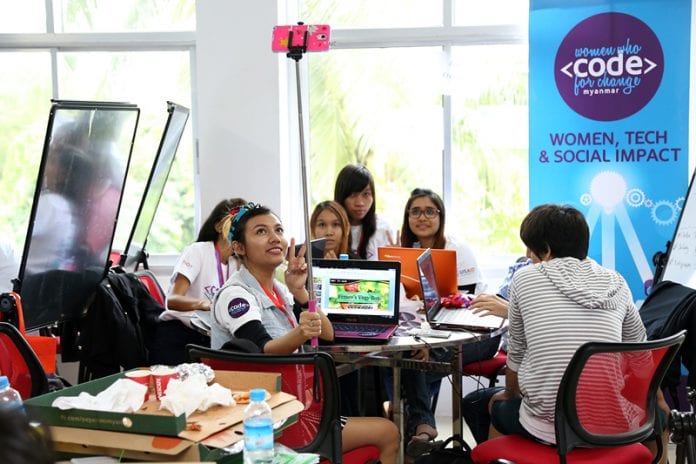 Ideabox Myanmar announced a community of female technology professionals, students and enthusiasts, ‘Geek Girls,’ has been formed in Myanmar.

The objective of Geek Girls Myanmar is to link female IT professionals and enthusiasts together, so as to create greater engagement and female participation within the technology sector as a whole, Ooredoo, which is backing the group, said in a statement.

“As Myanmar’s economy starts leaping ahead, led by the technology industry, women should not be left behind,” said Adrianna Tan, advisor to Geek Girls Myanmar.

“Female participation in tech is something every country in the world should move towards. Here in Myanmar, we have the opportunity to start something from the ground up.”

Inspired by other female-led geek groups like Geek Girls Singapore and Girls in Tech, the community group was first established in September, both online as well as in real life. The introductory community meeting on 25 September was the first time a tech for women event has been held in Yangon.

Ross Cormack, CEO Ooredoo Myanmar, said: “One of our commitments here in Myanmar is that we will work with women to help them to overcome the barriers which prevent them from accessing technology, such as technological illiteracy, cost, cultural barriers and accepted gender roles.”

With regular events, meet-ups, talks and workshops, as well as technical and business trainings and bootcamps planned, Geek Girls Myanmar is set to become the first designed-for-women initiative in the technology industry in Myanmar.

“There will be room to discuss specific topics, such as the challenges women can face in this industry,” said Sandi Sein Thein who is an organiser of Geek Girls Myanmar.

“Working with startups and in a technology business is now becoming one of the hottest jobs in Yangon, and we should think about what kind of role women should play in it, right now.”

The next Geek Girls Myanmar meetup will take place in November, with events and training programs such as programming workshops and conferences slated for 2015.