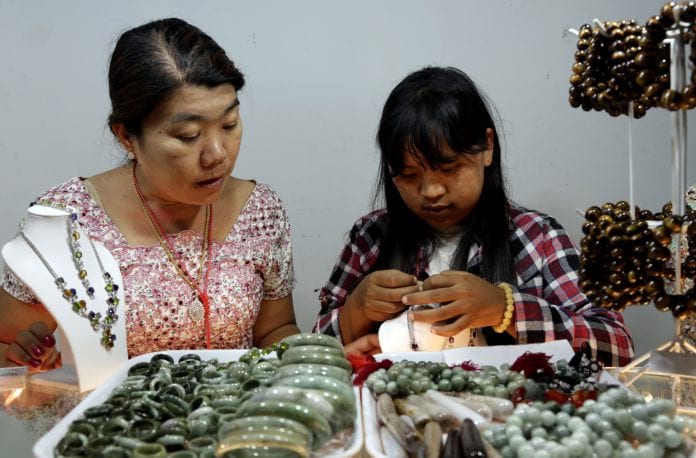 The 4th gems and utility jade sales kicked off at the Mani Yadana Jade Hall in Nay Pyi Taw on Tuesday.

Aimed at creating job opportunities and developing the domestic jewelry industries, the gems and utility jade sales will run until next Monday.

During the event, a total of 160 lots of gems will be sold through open tender system.

In July, the 51st annual Myanmar Gems Emporium has fetched $3.4 billion, up $1 billion compared with that of the previous one.

Jade lots totalling 74 were sold at the close of the 51st Myanmar Gems Emporium, receiving $1,020 million commercial tax from the event.

Myanmar started to hold gem shows in 1964 selling gems annually. Since introducing the mid-year one in 1992 and the special one in 2004, the gem emporium has now become a thrice event annually.

Since 1992, private companies have been allowed to work for jade and gems mining and Myanmar Gems Law was promulgated in 1995, allowing local citizens to excavate, produce and sell gems.