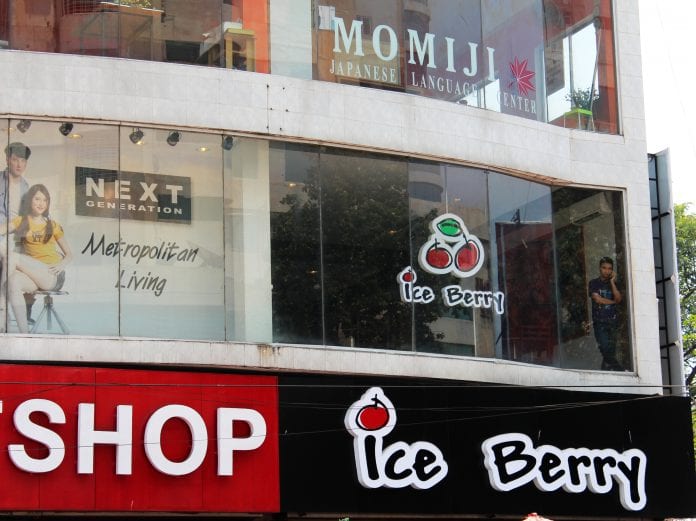 Located at the meeting point between the delicate aromatic flavours of China and Thailand and the intense fiery aromas of India, Myanmar’s cuisine reflects the diversity of the nation itself. Yangon is a cosmopolitan metropolis, home to some six million inhabitants and an ever-expanding expatriate community. Theoretically it should have a culinary scene to rival that of her neighbours, yet lags far behind cities like Bangkok and Singapore in gastronomic reputation.

Though Yangon’s local Burmese cuisine can be exceptionally good, it is undeniably more of an acquired taste than that of neighbouring countries. Street food is often not of the same standard or cleanliness of neighbouring Thailand. In fact, local media reported this year that one third of food samples tested contained traces of dangerous bacteria that can cause food poisoning at the very least, or even death if symptoms were left untreated.

Having spoken with a number of the cities expatriate community, it was made clear that many found local cuisine too oily, salty or simply unpleasantly tasting.

This can be a problematic scenario, especially for those residing in Yangon for an extended period of time. Though one can readily get a local meal for less than K5,000, and in many cases much less, it remains to be seen what Western cuisine is attainable at these prices.

It is fair to say what is on offer has a reputation for being on the expensive side and often of questionable quality and authenticity. Much alike the cities hospitality industry, there are some very good high-end restaurants, though it remains to be seen if there is much to offer those on a more modest budget.

This article aims to identify the available options for those wanting a change from the ubiquitous local fare by identifying if one can eat a Western-style lunch (main course and drink) for K5,000 in downtown Yangon. “Western” is of course a very broad term, generally food from Europe and the US and certainly not from the triumvirate of bordering nations that hold such dominance on Yangon’s restaurant scene.

In compiling this report I sampled fifty separate restaurants in Yangon in addition to speaking with numerous expats to provide a balanced picture of the available Western culinary scene available to Yangon’s expat population.

Many of the people I spoke with complained of the difficulty of sourcing reliable information. Aisha, a twenty two year old teacher from London revealed: “With the exception of websites like Myanmore and Yangonite that do a pretty good job reviewing a number of restaurants, I have to rely on my outdated Lonely Planet, or the fundamentally flawed website tripadvisor where results are all too easy to manipulate.

“It remains really difficult to access good English language information on the vibrant culinary scene Yangon has to offer.”

After compiling my research I was surprised to identify a mere eleven of the fifty eateries (22 percent) sampled offered a lunch option accessible for K5,000 or less.

These figures are however misleading, as they suggest that it is relatively easy to get a Western lunch for this price. It is not. Six of the eleven eateries where this is possible were café’s, where one could get a sandwich or Panini and drink but not a full meal, which were generally more expensive.

Some townships are undoubtedly more expensive than others; the south-central area of Dagon is one of Yangon’s largest and most expensive townships. Seven of the eight eateries sampled in this neighbourhood were too expensive to obtain a reasonable lunch, although Fatman Steakhouse was particularly good and surprisingly affordable. With high rental costs and a wealthy expat population Dagon typifies the more expensive areas of Yangon where cheap eating options are sparse regardless of cuisine.

Although it has proven difficult to find a sufficiently sized Western lunch in Yangon for K5,000 American-style fast food establishments might be your best bet. Korean-owned Lotteria for instance was cheaper than BBQ Chicken (where meals start upwards of K5,000) yet was still relatively expensive. If one ordered a “local” style meal – with rice as opposed to French Fries – it was possible; yet even one chicken burger meal from Lotteria costs more than K5,000. Malaysian-owned Harley’s provides another option at similar prices, and is set to open more outlets this year.

The remaining options were: Huddy’s, a fish and chips restaurant newly opened by a British expat near Inya Lake. Here one could eat relatively authentic fish and chips at a good price; Sai’s Tacos, a Mexican eatery offering reasonable but uninspiring Mexican fare in small portions; and Ice Berry, which has a few outlets dotted around the city. Although not strictly Western, Ice Berry provides very reasonably priced food of significantly varying quality. Some are pretty good replication of authentic Italian dishes (seafood creamy pasta for instance) whilst other items though cheap are sadly lacking in quality – burgers and pizza in particular.

Pizza was a uniformly lavish item often retailing for in excess of K10,000, though this is not entirely surprising as cheese can be so expensive. If one sought something other than “fast food” they would be sorely disappointed, good quality Western food is a rarity in Yangon and affords a premium to match. Eating in the finer restaurants in the city or the hotels, would command similar prices to Europe with some restaurants charging in excess of K100,000 per head. Even at more modest establishments you would be lucky to eat a good lunch for under K15,000.

As my knowledge of much of downtown is restricted, one should not assume it is impossible to eat out for under K5,000, instead if you look carefully it is possible to eat out all over Yangon. And I’m sure many readers can name many restaurants I have yet to encounter.

Although there is a surprisingly wide range of good quality restaurants in Yangon it is safe to say the vast majority are relatively expensive. Costs of operations are high in Yangon, land rental is very expensive and sourcing authenticate ingredients is problematic and pricy – facts reflected in the menu prices. Additionally, many foreigners in Yangon are well paid expatriate workers, with high levels of disposable income. This is dissimilar to neighbouring Bangkok, which receives a high number of lower income tourists and subsequently has a restaurant scene to facilitate.

Resultantly, as many restaurants cater to the higher end of the economic spectrum there is little necessity to charge cheap prices, as demand will be high regardless.

This reality is reflective of a city undergoing a time of transition and is likely to change in recent years as more tourists, expats and returning locals trickle into the country. As one of my interviewees working in a high-end European restaurant, who wanted to remain anonymous, told me, “With the dichotomy in pricing and quality between reasonable local and Western food so vast, it seems likely new restaurants will open with Western menus and Burmese prices.”

With these restaurants located in a society that places such esteem on Western culture, it seems likely these establishments will flourish – as anyone who’s been to the Pizza Company or Manhattan Fish Market would testify – with aspirational Burmese making up the majority of the customers. For now however, there is still much progress to be made.

Jonathan Harvey is currently interning at Consult Myanmar in Yangon. The views expressed here are the author’s own and does not necessarily reflect Myanmar Business Today’s editorial policy.