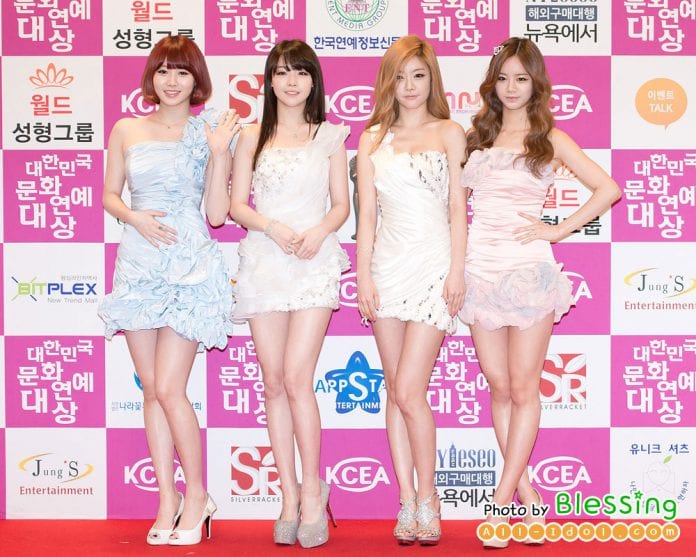 Myanmar’s K-Pop crazy fans will get to see some of their adored K-pop artists in the upcoming “First Korea-Myanmar Friendship K-Pop Concert”.

The concert, which will feature K-Pop groups like Girl’s Day, Dal Shabet and TINT, will take place at the Thuwana National Stadium on April 30.

The girl groups were invited by Myanmar’s MWD TV station, along with other popular Myanmar celebrities. Proceeds from the concert will go towards helping underprivileged children. The concert will be broadcasted on MWD TV.

Myanmar held a ‘K-pop Cover Dance Festival’ last year in June, however, no actual K-Pop artists came over to perform.

The host of the concert said, “Myanmar and Korea have had a lot of stories [together] since the past. K-Pop has just begun to spread in Myanmar, but it’s spreading fast. With this concert, we hope that more K-Pop singers will come to Myanmar to spread ‘Hallyu.’”

The word Hallyu, or the Korean Wave, refers to the phenomenon of rising popularity of South Korean culture since the late 1990s. The term was originally coined in mid-1999 by Beijing journalists who were surprised by China’s growing appetite for South Korean cultural exports.

Girl’s Day is a group consisting four members whose names are Sojin, Minah, Yura and Hyeri. Their fan-clubs include “Daisy” or, commonly stylised “Dai5y”, which they endorse. Dal Shabet members include Serri, Ah Young, Jiyul, Woohee, GaEun and Subin and the group won the Best Newcomer Artist award at the 26th Golden Disk Awards.