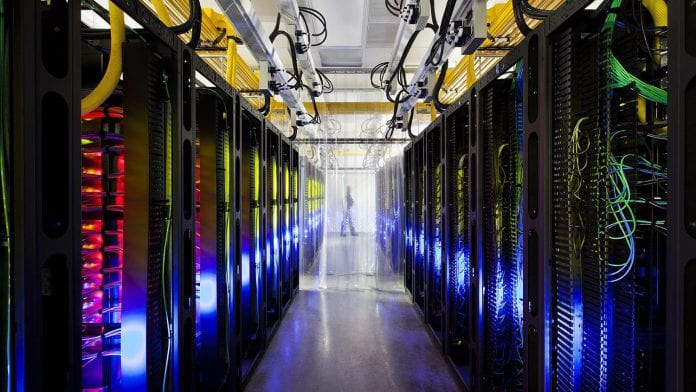 Google will invest another €450 million ($607 million) over the next few years in a data centre in Finland, boosting a country struggling with Nokia’s decline and weakness in its paper and steel industries.
The investment is in addition to €350 million the world’s No.1 Internet search company has already spent on the data centre, built on the site of paper company Stora Enso’s former mill in Hamina, southeastern Finland.
Google bought the mill in 2009, turning it into one of its most efficient data centres by taking advantage of the Bay of Finland’s chilly seawater to cool its servers.
Prime Minister Jyrki Katainen said the move showed the country, with its highly skilled work force, remained competitive.
“We have an excellent education system. Finland’s strength is in finding creative solutions to global challenges,” he said last week during a visit to the site.
Finland has one of the few remaining triple-A rated economies in the eurozone and was initially seen as being sheltered from Europe’s financial crisis.
But Europe’s prolonged downturn has hit exports and accelerated a decline in industries such as forestry, tipping the current account into deficit. The government has forecast GDP to contract 0.5 percent this year.
Finland’s confidence was dealt a blow in September when Nokia – struggling for years to catch up with Apple and Samsung in smartphones – announced it was selling the handset business to Microsoft.
With the exception of some gaming companies – such as Rovio of Angry Birds fame and Clash of Clans developer Supercell – there have been few growth companies to replace the declining fortunes of Nokia.
The Hamina facility employs about 125 people, and Google said it was looking to increase staff over the coming years.
Companies such as Facebook and Google have been expanding their data centres and looking for cheaper ways to run them. Finland and other northern European countries have been popular sites for data centres due to cooler climates that help to reduce cooling costs.
At the Hamina facility, one of around 13 Google data centres in the world, seawater is pumped through the facility to dissipate heat from the data centre’s servers. The water is then cooled down before being returned to the sea.
There are also environmental considerations. Around 2 percent of global greenhouse gas emissions come from the technology sector. Of that, data centres account for around 17 percent, according to the Global e-Sustainability Initiative, an industry-sponsored research group specialising in topics such as climate change.
The increasing use of cloud computing, which allows software and services including email and online music libraries to be offered over the Internet, is seen driving up the use of data centre usage in the coming years.
Microsoft has said it will invest more than $250 million in a new data centre in Finland.
Yandex, Russia’s biggest search engine, started building a data centre in Mantsala, southern Finland, in July.
Reuters