Google to Acquire Nest for $3.2b in Cash 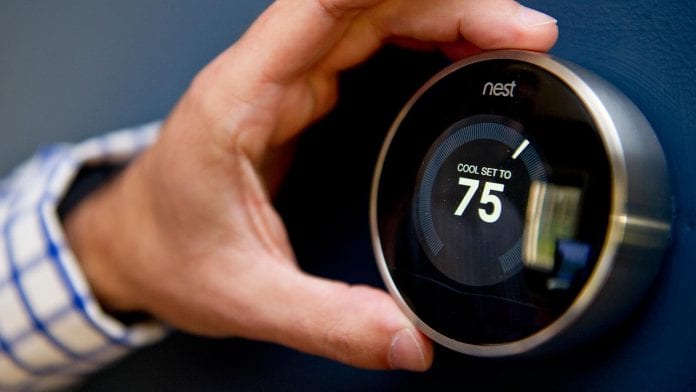 Google Inc took its biggest step to go deeper into consumers’ homes, announcing a $3.2 billion deal to buy smart thermostat and smoke alarm-maker Nest Labs Inc, scooping up a promising line of products and a prized design team led by the “godfather” of the iPod.

Nest will continue to operate as its own distinct brand after the all-cash deal closes, Google said on last week.

The deal is the second largest in Google’s history after the $12.5 billion acquisition of mobile phone maker Motorola in 2012.

“Nest Labs appears to be focused on thermostats and smoke alarms, but it’s not far-fetched to see Google expanding this technology into other devices over time,” said Shyam Patil, an analyst at Wedbush.

“Home automation is one of the bigger opportunities when you talk about the internet of everything and connecting everything. This acquisition furthers their strategy around that,” he said.

Nest gained a large following with its first thermostat – a round, brushed-metal device with a convex glass screen that displays temperature and changes hue to match the colour of the wall it attaches to. It also tracks usage and employs that data to automatically set heating and cooling temperatures.

With the acquisition, Google gets Tony Fadell, a well-connected and well-respected Silicon Valley entrepreneur credited with creating Apple Inc’s iconic iPod music player, along with co-founder Matt Rogers and a host of talented engineers and designers.

Google, the world’s largest search engine, is increasingly expanding into new markets, with efforts ranging from a high-speed internet access business to advanced research on self-driving cars and robotics.

But while Google’s engineering expertise has generated major advances in technology, the company has at times struggled to create hardware products that resonate with consumers as much as Apple’s products do.

Nest is comprised mostly of former Apple employees, including General Counsel Chip Lutton, who was heavily involved in Apple patents strategy when the gadget maker was duelling with Google for the sought-after Nortel patent portfolio.

The consumer experience of Nest’s products “is Apple-like and it gives Google that,” said Pat Moorhead, an analyst at Moor Insights and Strategy.

Google CEO Larry Page praised Nest’s current products and its founders’ talents in a statement and said that Google was “excited to bring great experiences to more homes in more countries and fulfil their dreams.”

Google said the deal is expected to close in the next few months pending regulatory approval.                    Reuters