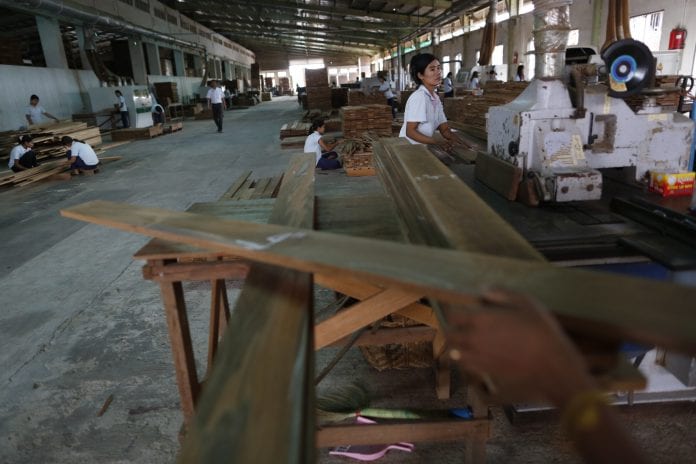 Beginning this fiscal year, the government forbade the export of raw timber in an effort to boost the finished wood product industries. However, domestic demand has grown, and many logs are still exported illegally.

Myanmar’s timber is exported mainly to neighbouring countries as well as South Korea and Japan. Sales to the United States have also grown since the signing of a one-year timber deal.

Meanwhile, the Ministry of Environmental Conservation and Forestry has issued a statement announcing plans to lease out fifteen industrial sawmills to private enterprises on five to 10 year contracts. The ministry owns 84 sawmills in total.