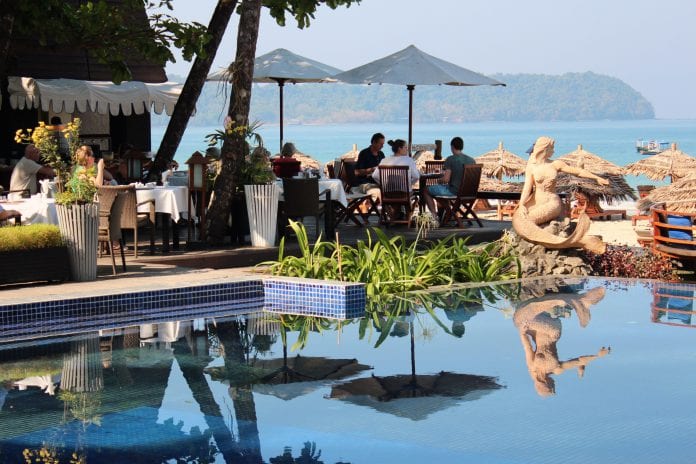 The Myanmar government is planning to invite international companies to invest in the Thandwe Hotel Zone project at Ngapali Beach in Rakhine state, to develop it as an international holiday destination, a top officials said.
Aung Zaw Win, director general at the Ministry of Hotels and Tourism, revealed last week that the plan is to invest $5.2 million in the project, and is being led by President Thein Sein.
“The president wants Ngapali Beach in Thandwe to be as modern as Kuta beach in Bali,” he said.
“The infrastructure of buildings is key to the development of it [as an international destination], and so foreign companies are invited to invest,” Aung Zaw Win said.
The project will be made up of two parts. The first will be the construction and development of roads and buildings by the government, while the second part will involve environmental conservation, Aung Zaw Win said.
The project is expected to start in the 2013-14 fiscal year, while a similar project in nearby Mrauk U is touted to begin before 2015.
Mrauk U was once a popular tourist destination in Myanmar, due to its ancient ruins which are said to be almost as impressive as the famous Bagan site, but the area around Mrauk U has been heavily affected by religious violence in recent months, which has made tourists wary of travelling there.
Ngapali itself, a popular high-end beach destination, has had its own concerns recently after violence erupted in Thandwe last month, leaving at least one person dead.
As Myanmar’s tourism industry continues to grow, other hotel zones are being discussed in Shan and Kachin states, while many high-class hotels are under construction in Yangon.