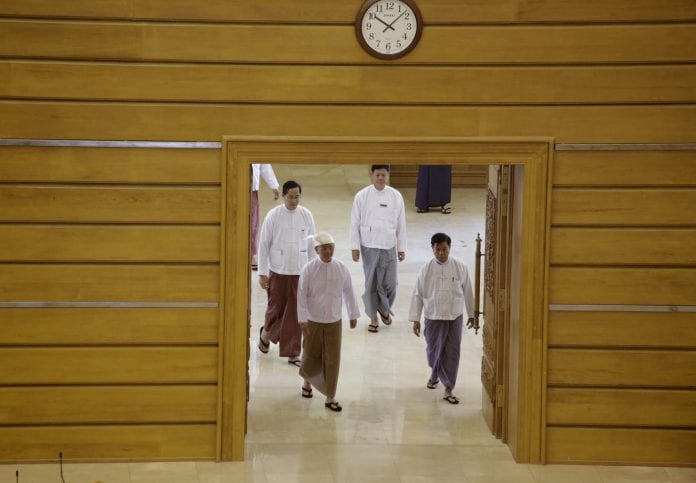 Video conferencing between government departments will be implemented at the beginning of next year, according to the Ministry of Livestock, Fisheries and Rural Development.

The plan will be implemented as part of an e-government project the administration is pushing to achieve. When the system goes online, officials will be able to convene without having to leave their offices, the ministry said.

The system is expected to be installed within the next six months, it added.

“The project plan covering how far this will go and how it will be implemented will be released soon. We have started working towards upgrading the e-government system to a functional level,” Dr Tun Lwin, director of the ministry’s Department of Rural Development, told Myanmar Business Today.

“Currently we only have the capacity run the government websites, and we’ll have to discuss with state and regional levels to determine how far we can go with our current capacity,” he added.

A committee is due to be formed to oversee the implementation of the e-government system. The committee will be charged with the responsibility to calculate and propose the additional budget requirements for the project. There are also plans to provide training to personnel from various government departments, officials said.

One of the pressing obstacles for the process is Myanmar’s very slow internet connection, which affects productivity in every sector.

“Clear and specific goals must be set in regard to the e-government system, such as which government departments will implement the program. For example, if I would like to extend a vehicle licence, facts like where and when I can do that need to be specific,” said Dr Tun Thura Thet, secretary general of the Myanmar Computer Professionals Association (MCPA).

President U Thein Sein has instructed union and deputy ministers to improve telecommunication and internet services to a level where they can stimulate the commercial needs of the public and to apply a functional e-government system by implementing 20-month projects at every ministry.

“What’s hindering the process is that government authorities are thinking conventionally. And it’s not only them. This is also the case with some business experts,” said U Zaw Thurein Tun of MCPA.

As mobile phone usage in Myanmar increases with online payment systems expected to become widely-used, when implemented the e-government system is expected to drastically reduce the amount of time it takes the public to engage with government departments.