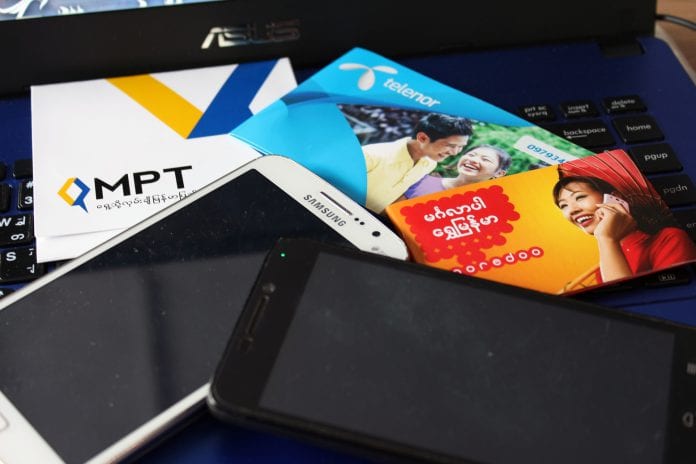 Proposed commercial taxes on prepaid mobile cards will not be collected during the 2015-16 fiscal year as decided in a unanimous decision by the parliament.

Earlier on May 19, in a surprise announcement the Ministry of Telecommunications said that Telecom operators Ooredoo, Telenor and MPT will be obligated to collect a five percent commercial tax on prepaid cards starting from June 1.

U Zaw Win Tun, a senior member of the Myanmar Computer Technicians Association, said, “It is a good decision [to stop]. Taxes are collected on this sector internationally, but the situation is different here. Actually, the tax should be paid by the operator.”

Since the announcement of the tax last month, there have been reports of people stockpiling prepaid cards to escape the five percent tax.

“In the past, we sold K50,000 to K60,000 worth of prepaid cards per day. But after May 19, we collected over K100,000 because of news of the tax. We expect a downturn in sales if the tax is not collected after all,” said one seller from Aung Mobile Phone and Accessories Shop.

U Thaung Tin, deputy minister for communication and information technology, said at the parliament meeting that the taxes would be subtracted from the value of the prepaid card, making it in effect a tax on businesses, not customers.

This system is in place across Southeast Asia. The tax rates are 6 percent in Malaysia, 7 percent in Thailand and Singapore, 10 percent in Vietnam, Cambodia and Indonesia, and 12 percent in the Philippines.

The number of mobile SIM cards in Myanmar has spiked to more than 18 million from only about a million three years ago, according to Reuters. MPT leads the industry with 8.4 million customers, with Telenor and Ooredoo trailing with 6.4 million and 3.3 million subscribers respectively.