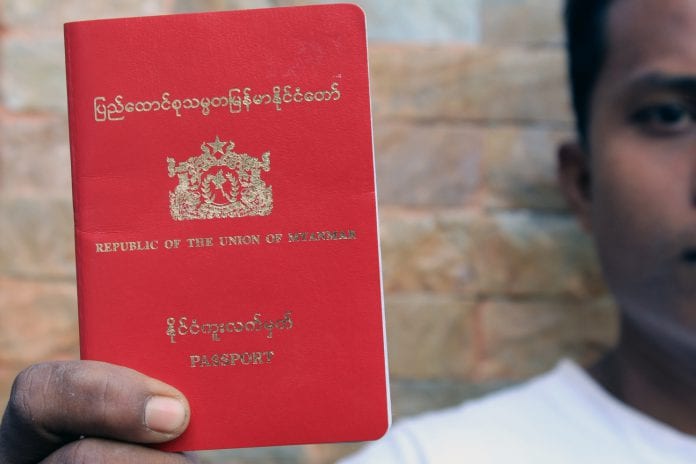 The Ministry of Home Affairs is working together with other relevant ministries to implement this project soon, he said.

A biometric passport, also known as an ePassport or a digital passport, is a combined paper and electronic passport that contains biometric information that can be used to authenticate the identity of travellers. It uses contactless smart card technology, including a microprocessor chip and antenna embedded in the front or back cover, or centre page, of the passport.

“We are planning ePassports to upgrade to international standards. The current Myanmar passports are machine-readable but ePassports will have better security standards. They will be hard to fake,” Lt Col Kyaw Nyunt told Myanmar Business Today.

Since 2012, the Passport Department took a variety of measures to make it easier for Myanmar citizens to get a passport, which was previously prohibitively difficult to obtain. In the past, passport issuing and renewing process was mired in red-tapes, bureaucracy and corruption, while many applications were arbitrarily rejected.

In November 2012, the department decided to extend the validity of new passports from three to five years. In September 2013, it introduced counter-corruption measures including allowing people to submit complaints to the passport delivery department if they are asked for bribes in order to speed up the process.

The government in January last year opened 15 new passport issuing centres around the country in every states and regions in addition to the existing two offices in Yangon and Mandalay. The authorities have also recently opened separate counters for people over 60, monks and pregnant women to speed up the passport issuing process.