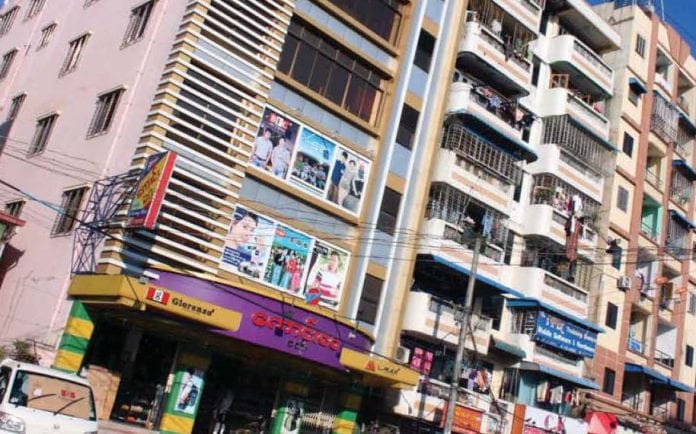 Housing units worth around K10 million each will be developed in Yangon’s outskirt townships of Dagon Myothit and Shwepyithar in 2015-16 fiscal year, according to an official from the Yangon City Development Committee (YCDC).

“We will continue developing affordable housing to help people who don’t own a home to make them able to buy one. As this housing project targets those who will actually live in them, we will monitor to ensure these accommodations don’t end up in the hands of price manipulating speculators,” said the official who asked not to be named.

The homes will be sold under a lottery system, which will draw from individual applications for housing. A national housing plan in this regard is also being developed, the official said.

“As the plan is aimed at lower-class people, it has to take their needs into account,” said U Ko Ko Htwe from Taw Win Construction Co.

He complained that foreign development firms are granted land for construction projects in the country while local firms are struggling to secure lands and permits. He also suggested that transparency and competition should be promoted to effectively fulfil the original purpose of the affordable housing projects, which is to help the poor attain homeownership.

The affordable housing projects, jointly developed with private investors, will see constructions of six-storey buildings with eight units per storey where each unit will have the space of 490 to 680 square feet and be valued around K10 million each.