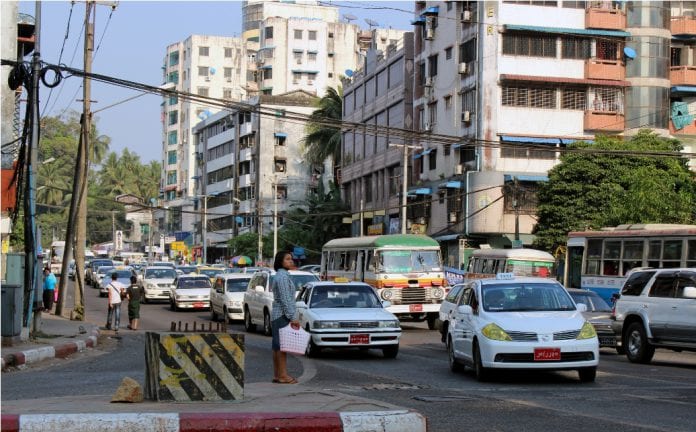 Myanmar will participate in the global road safety movement organised by the United Nations from May 4 to 10, said U Hla Aung, chair of Yangon region’s vehicle supervisory committee, Ma Hta Tha.

“Many nations around the world are interested in participating in this movement. We have completed a workshop in Naypyitaw late last month, and have formed subcommittees led by Yangon region’s minister for road transportation,” he said.

The movement is aimed at reducing traffic accidents, which have exploded since the government relaxed car import policies in 2011.

Education programs such as speeches regarding children’s road safety, distributing public service announcements and essay writing competitions will also be held, according to Dr Thit Lwin, an official from the committee on traffic rule enforcement.

“We have formed a national road safety team with representatives from various government departments since mid-2014 to advocate traffic rules among the public,” Dr Thit Lwin.

Other Southeast Asian countries, including Thailand, Singapore, Malaysia and Laos, participate in the global road safety movement every year.

About 3,500 people die worldwide in road accidents every day, while Myanmar loses 11 people every day to road traffic accidents, according to the traffic rule committee.

Accidents in Myanmar can be attributed to reckless driving, negligent pedestrians and failure to follow traffic rules, said an official from the traffic police.

In addition to the traffic police, 16 special teams from Ma Hta Tha and 10 inter-organisational teams are enforcing traffic rules in Yangon.