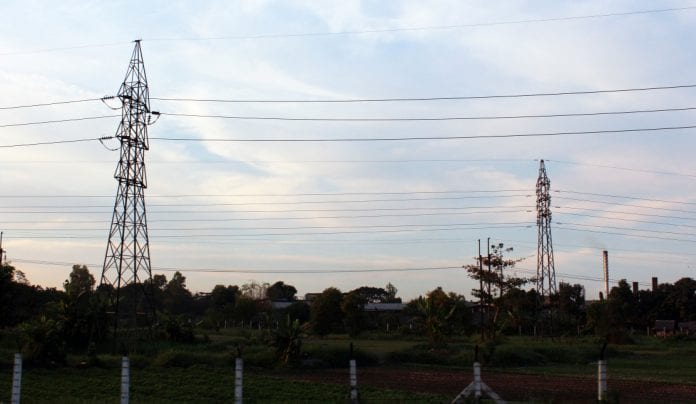 The government is working towards a goal of expanding electricity coverage to 50 percent of the households in Myanmar by the end of 2015-16 fiscal year, according to the minister for electric power.

U Khin Maung Soe mentioned the government’s target at a ceremony marking the hand-over of three generators of the Biluchaung No.2 Hydropower Plant to the government after being rehabilitated by the Japan International Cooperation Agency (JICA).

Currently 33 percent of the total households in Myanmar have access to the government’s electricity grid.

“We are working together with JICA to plan a national project to implement universal electrification by 2030 while we are set to cover 50 percent of the households in our electricity network in the short-term by 2015-16,” said U Khin Maung Soe.

The Ministry of Electric Power is renovating the 55-year old Biluchaung Hydropower Plant No.2, locally known as Lawpita Plant, with the funding and technical assistance of JICA in a project that will prolong the lifespan of the plant by 50 years.

Japan has provided the most assistance for Myanmar’s electricity sector, including technical assistance for the preparation of the National Electricity Master Plan, according to Masahiko Tanaka, JICA’s chief representative in Myanmar.

“Myanmar relies heavily on hydropower for its electricity supply so we are expanding gas-based electricity capacity to offset the output cut from hydropower plants in the dry season,” said U Aung Ko Ko, a director from the Ministry of Electric Power.