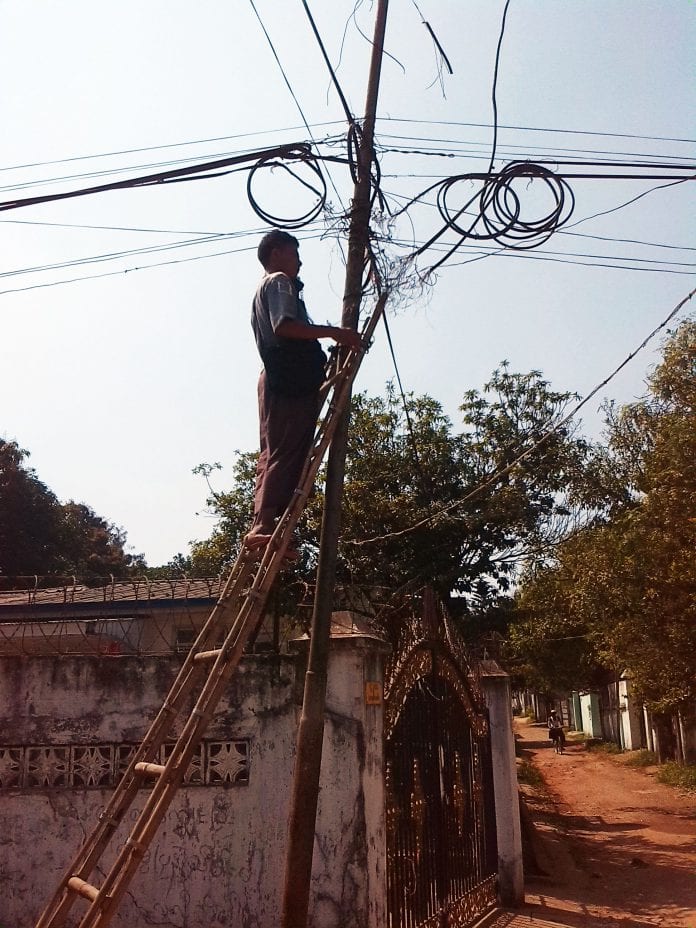 The Ministry of Electric Power said it is trying to increase the electricity generation next year to overcome power shortages during the upcoming dry season (March-April).

Insufficient power supply during summer has always been a headache for Myanmar as the country depends on hydropower for about 70 percent of its electricity.

Over 400 megawatts of electric power is expected to be added to the grid from a total of nine power plants during the dry season, U Myint Oo, director of the department of electric power, said during the three-day 2nd Myanmar Electric Power Convention (MEPC), organised by China’s Neoventure Corp.

As part of power development plan in the country, power projects which are in the stage of pre-feasibility, feasibility, joint venture, MoU and MoA will be planned for over 10 years from 2016-17 to 2030-31, the director said.

According to the latest statistics, Myanmar’s electric power installed capacity from hydropower is now 3,044 megawatts.

The country also loses significant amount of power during transmission and distribution, with overall power loss accounted for 22 percent – 5 percent transmission loss and 17 percent distribution loss, according to the ministry.

Myanmar’s electricity access is expected to improve in the next five years as the World Bank (WB) pledged to invest $1 billion in the country’s power sector including electricity generation, transmission and distribution.

WB said Myanmar could increase access to electricity to 50 percent of the population by 2020 with the funding and private sector involvement. The government aims 100 percent national electricity access by 2030.

Foreign investment in Myanmar’s power sector stood at $19.32 billion, or 39.1 percent of the total FDI, as of August.