Gov’t to Carry Out Maintenance Work on Two Major Rivers 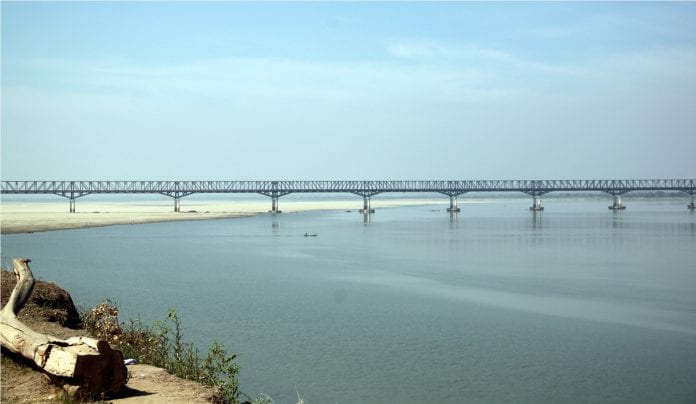 Myanmar government will carry out maintenance work on two major rivers – Ayeyarwaddy and Chindwin – in the country, in a bid to improve the rivers’ navigation, the Ministry of Transport said.

The government will spend K12 billion ($12.5 million) on removing sandbank and maintenance of riverbeds and waterways of the two rivers with preventive measures against erosion of the rivers, according to the ministry.

Of the total budget, K127 million will be allocated to the maintenance of Twante canal, which is vital for transportation by waterways to and from Yangon and the Ayeyarwaddy delta region in the southwest.

According to the ministry’s Directorate of Water Resources and Improvement of River System, the Ayeyarwaddy river is eroding at many places along the river and the directorate is currently repairing places where erosion is most serious.

The directorate said it has completed the assessment on the possibility for building four low-head dams on the Ayeyarwaddy river in central Myanmar recently.

The water level of the Ayeyarwaddy river last year reached above its danger level of 1,260cm in the rainy season but fell to 720cm in summer in Mandalay.

Flowing from north to south, the Ayeyawaddy river has been the key water transport route of Myanmar since ancient times. It also poses a great barrier to the social and economic relations between the eastern and western parts of the country.

According to official statistics, a total of 11 Ayeyawaddy river-crossing bridges had been constructed over the past two decades and three more bridges are under construction.

There are also bridges across Chindwin, Thanlwin and Sittoung rivers.