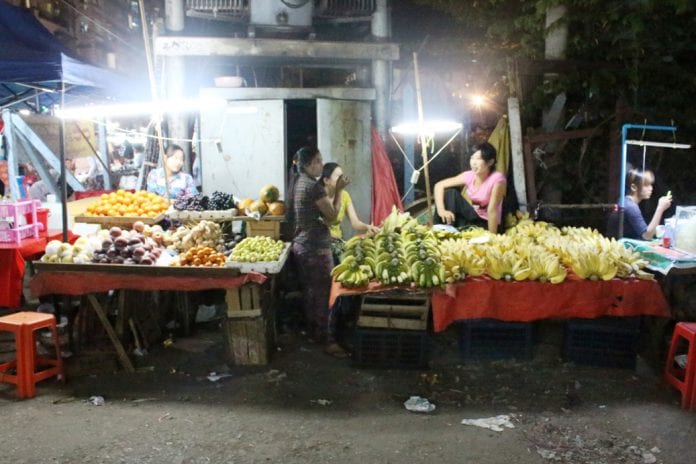 Three large wholesale commodity markets are to be established in Yangon and Mandalay, the two commercial cities of Myanmar, and Muse, the country’s biggest border trading hub, a minister said.

The Ministry of Commerce is working towards setting up the commodity markets before 2015, when the ASEAN Economic Community (AEC) will come into effect, according to U Win Myint, union minister for commerce.

“A total of 52 wholesale markets have been opened so far. We are trying to develop these markets as well as to help specialised companies,” he said at the annual event of the Union of Myanmar Federation of Chambers of Commerce and Industry (UMFCCI).

The ministry is also planning to establish an international trade center in cooperation with the state and regional governments, which will help increase trade volume by linking the country with global trade networks.

When the AEC is implemented, local businesses will be able to access the over 600 million population of the ASEAN market, but will also have to prepare for stiff competition from other businesses in the region, U Win Myint said.

“The government needs to deliver on its promises. Although they are touting changes, we are not seeing them take shape. Trade flows are not gaining speed and a major obstacle is that it takes too long to engage with government departments,” said U Zaw My0 Aung from the Myanmar International Freight Forwarders Association.

Although licensing processing is getting faster, the Department of Commerce and Customs Department are apparently not coordinating in the process of establishing prices and making separate decisions, he added.

Yangon, Mandalay and Muse are chosen as potential places for wholesale markets as the places have a wide reach to both sea and land trade channels, and the potential for increasing cross-border trade, experts say.