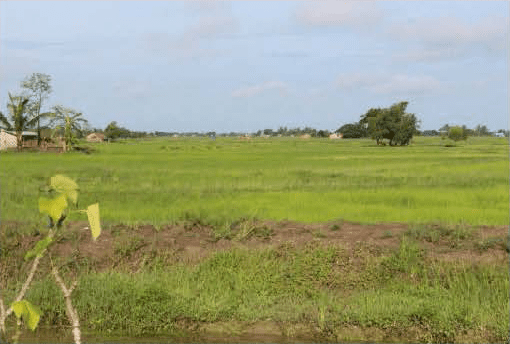 The government has decided to suspend the planned construction of Yangon-Dala bridge during its current term as the bridge talks hike the land prices in Dala township, a top government official said.

Earlier, Myanmar Business Today reported that land prices in Dala township, located on the southern bank of Yangon river across downtown Yangon, have increased tenfold since talks of a bridge linking Yangon and Dala emerged.

Local media reported last month that the Myanmar government had come to an agreement with the South Korean government to build a road bridge linking both sides of the river, but no agreement has yet been signed.

“Foreign investors will find it difficult to do business in the country due to such high property prices,” minister of the President’s Office U Soe Thane said.

Surging real estate prices could put off potential foreign investors and block the flux of foreign investment into Myanmar, he added.

“If they [land sellers] had received K1 million in the past, they are now aiming for K10 million. Many owners with acres of land are hoping to bag foreign investors as they tend to have more money,” Ko Aung Myint, a local real estate dealer, told Myanmar Business Today. Currently many foreign investors are surprised by the high land prices in Myanmar and for many investors, the cost of land is crucial, he said.

“The land prices increased sharply due to the hearsay news of the construction of the Yangon river crossing bridge and setting up of an industrial zone in Dala where there is plenty of land and work force,” a local economist said. The government has to stabilise the real estate trade with a controlling mechanism, he added.

Currently, the price of one square foot of real estate along Yangon’s major roads ranges from $1,000 to $1,500.

The price of one square foot of estate properties has been fixed for Yangon region and similar measure for the whole country will be taken, Dr Maung Maung Thein, deputy minister for finance, said.