Gov’t to Issue Identity Cards to Undocumented Workers in Thailand 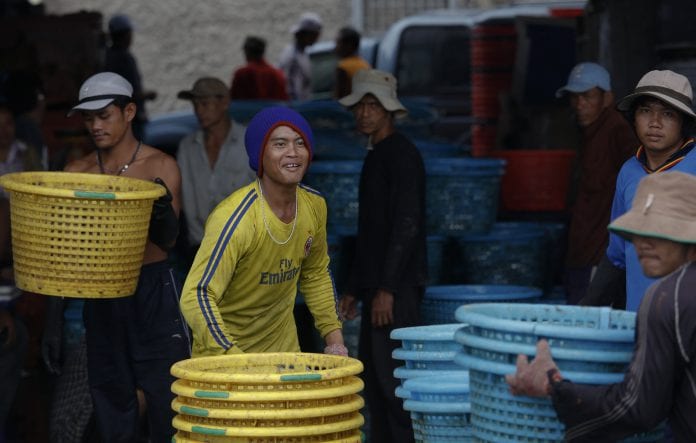 The government is planning to issue identity documents to an estimated 645,567 undocumented Burmese migrant workers in Thailand, according to an official from the Ministry of Labour, Employment and Social Security.

The undocumented workers will have to get the “TR-38” or “Baht Cards” issued by the Thai Labour Ministry first to be able to receive “certificate of identity” (CI) from the Myanmar government, said U Myo Aung, director general of the Department of Labour.

Thai government started issuing the TR-38, a temporary residential status, in 2009 to illegal migrant workers from any country. As of now, about 1.7 million Burmese migrants have received the TR-38, while Thai authorities have set a deadline of March 31 for illegal migrant workers to register for the status. Failing to do so will result in harsh penalties, they said.

“Thai government has urged migrant workers to get documented about eight months ago and we assume that almost all workers have registered with TR-38 by now. We have reached an agreement with the Thai authorities to issue identity documents which will be valid only in Thailand,” U Myo Aung added.

The authorities will also work on issuing normal passports to the workers that hold CIs within the two-year term of the documents, he said.

Twenty-one teams will collect the personal information of over 600,000 migrant workers by setting up offices in many districts including Bangkok and Mae Sot in a process that will collect data from around 8,000 persons daily.

The data collected from these teams will be submitted to Myanmar’s Ministry of Labour, its Thai counterpart and Myanmar Embassy in Thailand. Authorities in Myanmar will verify the personal histories provided by the migrant workers and issue CIs, and possibly passports in the future, according to U Myo Aung.

Long term Burmese residents in Thailand and employment agencies will participate in the data collection process, in which they will receive a remuneration of 30 baht ($1) for every person surveyed.

However, some employment agencies are voicing concern as they fret that they have to take responsibility for the workers whose data they have collected. “If any problem arises [concerning a worker we have surveyed] we will be responsible to resolve that while what we would have got in return is only 30 baht. If unfortunate, we might even face licence suspension,” said U Aye Myint, director of Thai-Myanmar Goal employment agency.

According to the Department of Labour, there are 3 million Burmese migrant workers in Thailand, of which some 250,000 have migrated legally while the rest entered through illegal channels.