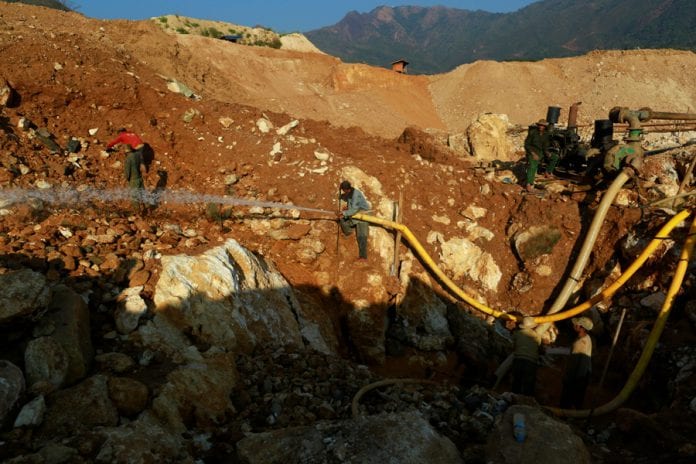 The government will allow the development of new mines in the future based on the exploration findings of investors, according to U Khin Maung Han, vice chairman of the Myanmar Federation of Mining Associations.

The government will no longer engage in exploration activities to identify new mines, but instead let investors do the job of searching for potential mines, after which they can submit a proposal to engage in mining activities to the Ministry of Mines.

“If proposals comply with government regulations, they will be approved,” said U Khin Maung Han.

Myanmar’s mining industry is still considered inferior to the global industry, while amendments of the Mining Law are still under deliberation in parliament.

“The delay in revising the Mining Law is posing obstacles for businesses within the industry,” said U Maung Ko, chairman of the federation.

The industry faces challenges, including lack of public awareness of the mining and extractive industries, weakness in technology, machinery and chemicals, and weak compliance for existing laws and ordinances.

The incompetence in geological technology and expertise has also driven the reliance on foreign investors for exploring new mineral reserves, U Khin Maung Han said.

Myanmar was accepted earlier this year as a “candidate” country to the Extractive Industries Transparency Initiative (EITI), which sets transparency standards for extractive industries.

Currently, Myanmar has over 1,250 mines with over 2,790 operations – 144 of which are large-scale extractive operations, 1,274 small-scale operations and 647 testing operations. Most foreign investment in the sector comes from China, according to the Directorate of Investment and Company Administration (DICA).

The crude mineral processing facilities inside the country have technology high enough to achieve only 50 percent refined quality.