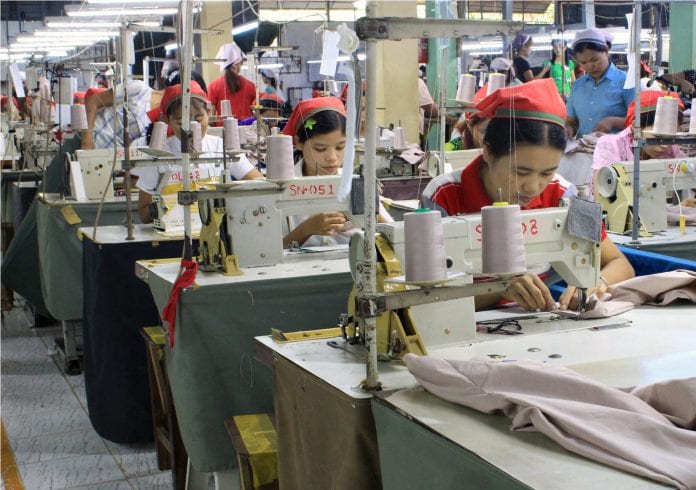 The authorities are to develop seven new industrial parks as part of the process to restrict price manipulation of industrial lands which are not being used to operate industries, a minister said.

“The prices of land in major investment areas keep increasing so we are planning to set up seven new zones to increase supply,” U Thein Aung, deputy union minister for industry, said.

The minister said a vast amount of industrial lands are left empty as owners are hoarding them in the hope of making bigger profits.

“Even if we develop new industrial zones, it would be beneficial only if we ensure the land is delivered to people who are actually going to build factories and this could in turn provide jobs and reduce poverty.

“If the existing lands for industries are held to be sold later at a greater profit, then the industrial parks would fail,” he said.

There are 18 major industrial parks in Myanmar with many land plots of those zones sold to industrialists still being un-utilised. State and regional governments and industrial zone management and inspection committee are coordinating to collect data to prepare land lists, officials said.

“Rules and regulations should be set out to promote transparency in this issue and to reclaim the land plots and sell them again to businesspeople who actually want to build or expand small and medium enterprises with fair price,” U Maung Muang Oo, secretary of Mandalay industrial zone management committee, told Myanmar Business Today.

Some states and regions have seen in the past lands designated to be developed as industrial zones being misused through actions such as buying them quickly and build fences around them without operating on them.

There are more than 3,000 land plots in industrial parks in Yangon which have not been utilised, according to real estate agents.

The current prices of industrial park lands have increased exponentially compared to when they were first being sold. The current price range has landed between K500 million and 1 billion per acre compared with tens of millions when the government started establishing those zones.

“The plan can see reductions of land price in Yangon. New zones will be developed mostly in the states and regions. The most important thing is to deliver those lands to the ones actually utilising them,” U Myat Thin Aung, chairman of Hlaing Tharyar industrial zone, said.

U Kyaw Myint, Mandalay regional minister for electric power and industries, said the transaction contracts of the lands which were sold but received no development should be scrutinised, adding that this land issue may become a challenge for the government.

“Many entrepreneurs are facing obstacles to access land as land is being hoarded like commodities. For example, we can’t disclose the location if we plan to open a CNG gas station because otherwise the price of land in that specific area will jump,” U Kyaw Myint said.

The President’s Office is planning to assign a group led by the vice president to identify empty land plots and to reclaim it by compensating the owner the amount paid to buy the land in the first place.

However, the former government officials and well-connected businesspeople are among the ones investing heavily in land in industrial zones raising doubts about the effectiveness of the upcoming plan to regain the unused land.

The fact that those plots have gone through the hands of multiple owners or being used as collaterals for bank loans will provide complications for the process of regaining the lands, businesspeople said.