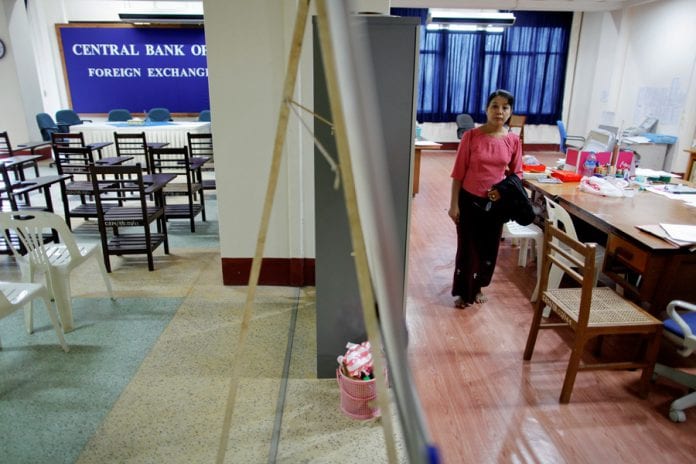 The transactions records of government treasury bonds will be compiled into an electronic network system to formalise debt sales through an auction system this month, a top government official said.

“Although the government issues bonds, there isn’t a bond market here. But an open market [between the CBM and its regulated banks] can arise in 2015,” deputy governor of the Central Bank of Myanmar (CBM) U Set Aung said at a press conference.

The digitisation is being implemented by the Myanmar Banks Association in collaboration with an unnamed bank from Singapore.

Bonds or debt securities are a way of taking loans from the public by the government.

“In other countries, the Central Bank issue bonds via electronic networks. Under this system, investors can sell bonds among each other electronically without having to handle physical documents,” U Set Aung said.

In the current system, the interest rates for the government treasury bonds are fixed, but after the new system is implemented, a secondary market of the bonds is expected to develop where the market trends will govern the interest rates, he added.

The electronic bond networks will also be connected to the stock exchange currently being developed with the help of Japanese firms and slated to launch in 2015.

CBM said it is preparing to install the technology necessary for the electronic bond system as well as to develop a market where the trading will take place.

The central bank started issuing three-year and five-year bonds through state-owned banks in 1993 to promote public savings. Two-year bonds were introduced in 2010.

The central bank has so far issued a total of K65.4 billion ($64 million) worth of five-year bonds, K23.9 billion in three-year bonds and K5.55 billion in two-year bonds.