Grappling with Coronavirus, Tokyo Olympic Leaders Have No Good Options 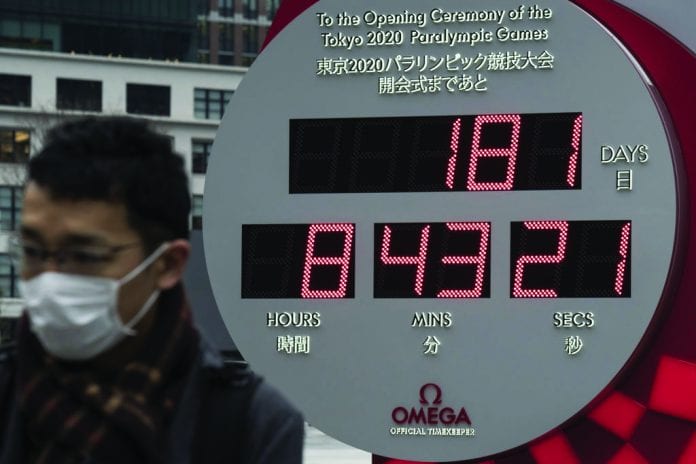 In his two decades as a consultant to organizations vying to host the Olympic Games, Terrence Burns helped write and review official bids and plans from dozens of potential candidate cities.

In all those bids, he said, discussions of potential disruptions to the event were fairly narrow in scope: Mostly natural disasters, like earthquakes or fires, and, more recently, terrorist attacks.

Now, with less than five months to go before the scheduled opening of the Summer Olympics in Tokyo on July 24, organizers in Japan and at the International Olympic Committee headquarters in Switzerland are grappling with the coronavirus outbreak, which is threatening to derail the world’s largest sporting event.

In preparing for the Olympics, Japan’s public health planning until now had focused on the prevention of measles and rubella, sexually transmitted diseases and food poisoning. A new disease, like the coronavirus, was not central to their calculations.

Still, as the virus has begun to spread through the country, officials in Japan have played down suggestions that plans for the games could be altered or even canceled. At a news briefing on February 26, chief cabinet secretary Yoshihide Suga said that preparations for the games were proceeding “as planned,” adding that the Olympic torch would begin its journey to Japan in March according to schedule.

The IOC has also declined to entertain the possibility that the games might not take place exactly as planned.

But sporting events in Japan and elsewhere are already being canceled, as governments try to discourage large gatherings in major cities.

“I’m sure somewhere within the walls of the IOC headquarters there’s a big board with various scenarios on it where people are thinking about, ‘OK, what do we do in a worst-case situation?” said Dick Pound, a longtime IOC member.

There are options, of course, according to people like Burns who have worked with the Olympics for decades. None are very appealing.

One theoretical solution involves moving the Olympics to a different locale – perhaps a city that has recently hosted the games, like London, or one that might be gearing up to, like Los Angeles.

It has happened with other major sports events. The 2003 Women’s World Cup was relocated from China to the United States during the outbreak of SARS.

But the Women’s World Cup, particularly back then, was a considerably smaller event in scope than the Olympics, with far fewer traveling fans, athletes, sponsors and media members. And in general, stadiums that can accommodate soccer, the world’s most popular sport, are easy to find. Venues that can host surfing, sailing, equestrian dressage and track cycling? Less so.

Olympic host cities block out rooms in countless hotels. They reserve high-profile venues, generate public safety and transportation plans, and deal with a host of other logistical and legal issues years in advance, in anticipation of tens of thousands of visitors.

“Who could put on an event the size and scope of the Olympic Games even beginning today, five months out?” Pound said. “Nobody, realistically.”

The prospect of a cancellation now, when so many parties have invested billions of dollars and years of labor – and have legal contracts – seems almost unthinkable.

Broadcasters have carved out huge programming blocks, and marketers have built campaigns meant to culminate in Tokyo. Athletes have trained for years to appear on that stage.

“I’ll tell you who definitely doesn’t want to cancel is NBC,” said Jules Boykoff, a professor of politics and an expert on Olympic history at Pacific University in Oregon. “They have put billions into the rights to these Olympics. There will be serious disgruntlement from those who have power. They will insist that the games go on.”

A spokesman for NBC said, “The safety of our employees is always our top priority, but there is no impact on our preparations at this time.”

Pushing the games to the summer of 2021 would put them in direct conflict with world championship events in several sports, which would likely have to be moved as well.

Holding the games just a few months later would put them in direct competition with a host of other professional sports competitions that would not move to accommodate them. For example, while NBA basketball players are available in July, they are not available in October.

In addition, NBC is busy with American football in the fall, while its summer programming is largely dedicated to the Olympics. “Olympic parties don’t want to host Olympic Games in the middle of the NFL football season for obvious financial reasons,” Burns said.

With few good options, organizers could be forced to get creative.

One way to satisfy broadcasters could be to hold the events behind closed doors, a nod to the reality that most fans watch the games on television. But it’s unclear if public safety concerns would be addressed if thousands of athletes, coaches and staff members from around the world were still congregating in competition venues.

Or could the Olympics go on in Tokyo as planned – with, perhaps, travel from certain countries barred, screening zones in every venue and public space, and plenty of hand sanitizer and masks on hand?

“It’s unusual, it’s unprecedented, it’s a complex issue,” Burns said, “and if something indeed happens, it will have a complex solution.”