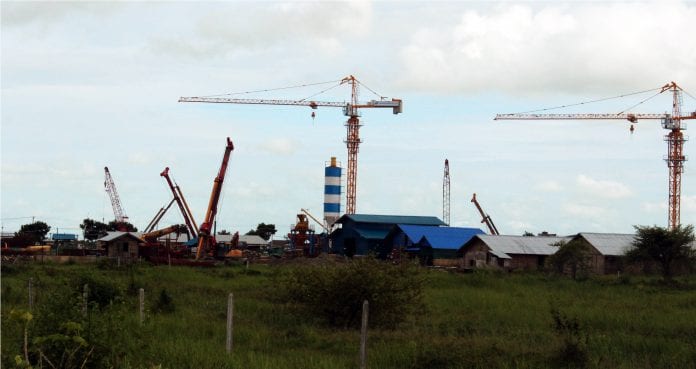 The high rental cost in some industrial zones in Yangon will continually deter interested investors, although the leasing industry will start to perform better this year, according to a report by Colliers International.

In Myanmar, quality industrial land remains limited, and commands a premium to match with prices in excess of $8 per square metre a month not uncommon.

Basic infrastructure remains poor, even in the industrial zones around the city where electricity supplies are often unpredictable and facilities are of very inferior quality.

Foreign investment is attempting to address some of these shortcomings. The Japanese-funded SEZ project at Thilawa is starting to take shape, while the Thai-funded Dawei project is moving ahead after experiencing some teething problems partly as a result of uncertainties in Bangkok.

The American real estate services firm’s 2015 Property Outlook revealed that volume shipped by the logistics industry in Asia will rise in 2015, underpinning demand for industrial and warehouse space.

Leasing costs in Yangon tend to be high typically ranging between $2.60 to $3.66 per square metre for warehouses whilst industrial land can be anywhere between $4 and $8 for a single square metre. A factory with land could command anything between $1,000 and $30,000 per month depending on its size and facilities, according to Colliers.