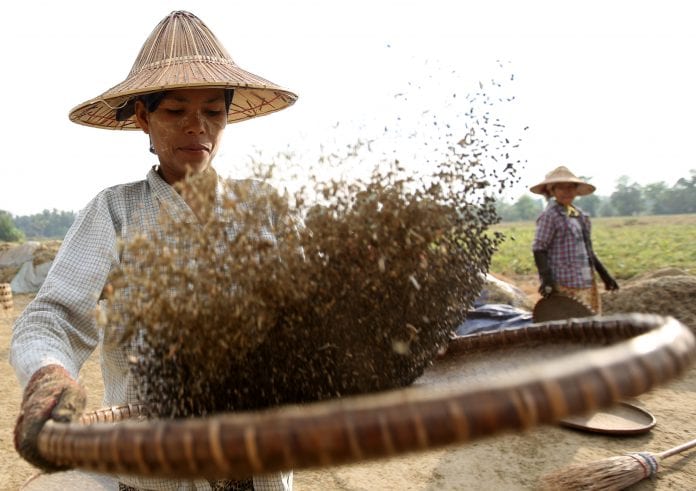 Increased bean prices will result in higher export income this year despite reduced volume of exports, according to Myanmar Pulses, Beans and Sesame Seeds Merchants’ Association.

Because of bad weather bean output has fallen drastically in Myanmar, which coupled with a hike in demand from India – the main customer of Myanmar beans – have shot bean prices higher.

Bean prices are now between K1-1.1 million per tonne, up from about K700,000 per tonne previously, according to traders.

U Sai Ba Nyan, chairman of the Association, said, “Regular export volume of beans is about 1.3-1.5 million tonnes a year. But it is set to go down to 1.1 million tonnes this year. But the export income will be unaffected because we are getting higher prices now.”

“We also have a lot of advance orders from India, which will increase the export income,” he added. Indian traders usually pre-order set volumes from Myanmar, but don’t set a price. This allows local farmers to earn more money from the same volume of beans, given favourable prices.

The beans and pulses sector has been included in the recently launched National Export Strategy and this will help boost the production of the crop, U Sai Ba Nyan said.

“However, in some areas of Myanmar planting of beans has not been successful. So, for those places supervision is necessary. Government offices should include the private sector in the process,” he said.

U Sai Ba Nyan said the country’s monsoon season is gradually getting shorter, so the production of beans will also need advanced irrigation techniques in the future to sustain production.

The association has recently received new, high-quality bean seeds from Japan and will use those to grow beans that will be exported to the European market, he added.