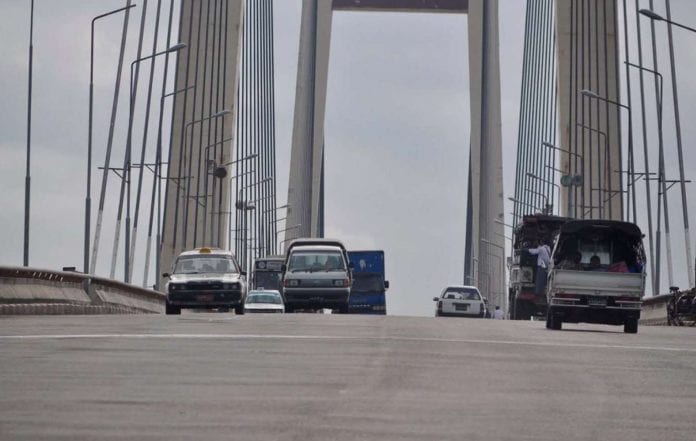 Sources from export-import businesses have said that transportation expense from Hlaingtharyar Industrial Zone to the nearest seaport by container trucks is much higher than the charge made by other industrial zones, hampering the viability of the industrial zone.

Since the rental container trucks to transport goods do not match the necessary standards, additional transportation charges occur between the industrial zone and the port, according to Dr Myo Lwin, vice chairman of Myanmar Merchants Association of Industrial Goods and Handicrafts.

“There are many difficulties which arise across the Hlaing river and it is hard to rent vehicles to transport goods. The penalty for transportation charges is quite variable, and it is much higher than other industrial zones,” he said.

Dr Myo Lwin said that transportation charges across Hlaing River Bridge 2, or Aung Zaya Bridge, and Shwepyithar Bridge are K1,000 to 1,500 without cargo, K10,000  to K11,000 with cargo, and charges may increase tenfold for overloaded trucks. In addition, the cost along the way to the Asia World port across toll gates is around 4,000 kyats.

“The total expenditure is about K35,000 higher than other zones, and this has a direct impact on farmers and manufacturers acquiring raw materials as well as consumers buying finished products.”

Only 50 percent of trucks are eligible to transport goods legally and match transportation standards, traders say.

Furthermore, the Ministry of Construction claims that overloaded trucks may not be allowed to transport goods, even if they pay penalties, starting in July.

Facebook
Twitter
Pinterest
WhatsApp
Previous articleEasyBills to Use MPU Cards to Top Up Phones, Online Bill Payment Next
Next articleBuy A Fleet, Get a Free Hilux