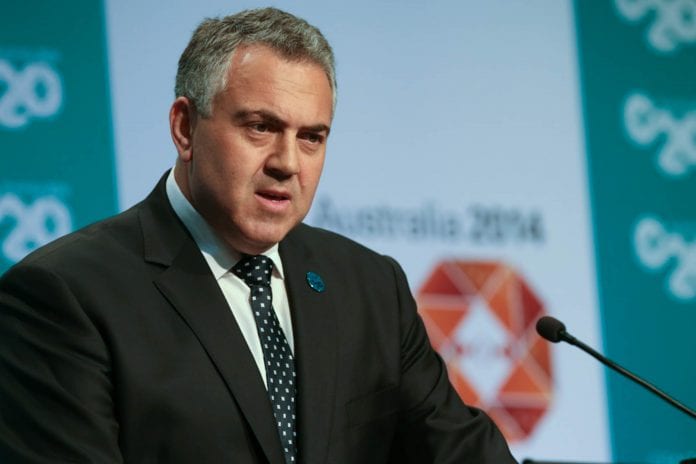 The G20 Finance Minister and Central Banker meeting in Cairns, Australia, has been hailed as a “success” by Australian treasurer Joe Hockey.

Treasurer Hockey says G20 finance ministers are more than 90 percent of the way towards meeting on how to achieve a target of 2 percent additional global growth.

More than 900 individual proposals were agreed upon at the meeting, with the hope they will create more than $2 trillion in additional global wealth over the next four years.

The G20 Finance minister’s summit is a precursor to the larger G20 world leader’s summit, which will be held on November 15-16, between global financial and market figures.

These proposals will now go to the world leaders G20 summit, held in Brisbane, Australia, for formal approval.

The door for Vladimir Putin to attend the G20 has been left open, despite earlier calls that he be banned from attending after Russia’s assistance in supplying anti-aircraft systems to separatist rebels in Ukraine’s restive east.

Hockey said he had consulted with a number of G20 members regarding Russia’s involvement in the summit.

He said: “There was a view that the door should always remain open to keep the dialogue going.”

Preparations for November’s meeting in Brisbane are already well underway.

The G20 (Safety and Security) Act has created restricted areas in Brisbane’s central business district, and banned such items as eggs, camouflage paint, lasers, spearguns and firearms and “loud noises.”

Several bins at Brisbane’s central railway station have already been welded shut after Australia’s terrorism threat level was raised to “above moderate” in mid-September.

Police have warned they would not tolerate any unlawful behaviour at rallies staged during G20 events.

US trade secretary, Jack Lew, called on the eurozone and Japan to do more to boost global demand, pointing to Germany’s burgeoning trade surplus and tightening European expenditure as having a dampening effect.

“The concern that I have is that if the efforts to boost demand are deferred for too long, there’s a risk that the headwinds get stronger and what Europe needs is some more tailwinds in the economy” he said.

However German delegates said they “will not agree on short-sighted stimuli” – pointing to risks from high public-debt levels in many countries.

European growth continues to linger in the doldrums, with persistently stagnant youth unemployment now the norm for several eurozone countries.

One issue that gained headway were attempts to reorganise the international taxation system to force companies to pay tax in the jurisdictions in which they earn income.

Hockey called moves to tackle this issue as “a once-in-a-century opportunity to reform the international tax system”.

She said G20 members needed to focus on labour markets and infrastructure spending projects to create jobs and boost growth.