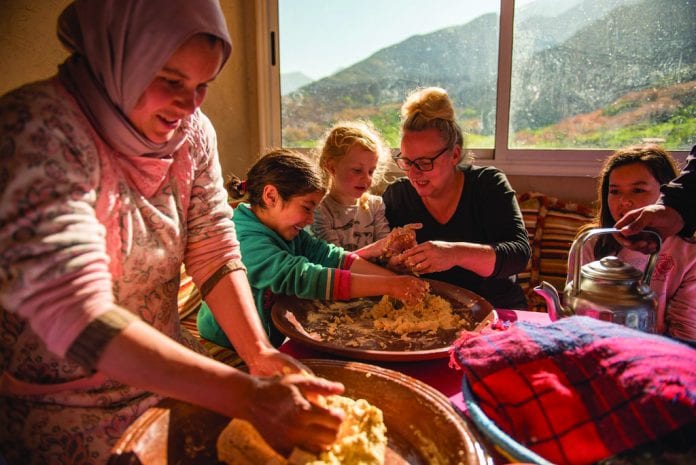 While planning a trip to Peru last July, Brian Twite and his girlfriend, Constance Hansen, decided to skip hotels and stay with a host family. At $35 a night, the accommodation in the Santiago district of Cusco was a bargain. But the warmth of their host mother, a 65-year-old widow named Marie, won them over.
“We’d wake up and she’d yell, ‘Chicos!’, calling us for breakfast down the hall,” said Twite, a Chicagoan who works in manufacturing logistics.
After a long day of sightseeing in the Sacred Valley, Twite, 32, said he was grateful to come home and share highlights of his day with Marie and her son, Jonathan. “You sit down to a meal and talk about your day. They asked us, ‘What did you do? Where did you go?’ That was really magical because you don’t get that with a hotel.”
As travelers’ appetites move toward wanting more intimate, locally driven and nongeneric experiences in recent years, homestays — traditionally the fallback for backpackers and foreign exchange students — are emerging in a new light.
“It’s the best way to get a feel for the place you’re visiting,” said Cliff Carruthers, a retired urban planner in York, England, who booked a homestay in Pakistan last month.
At London-based Wild Frontiers, a luxury tour planner, the founder, Jonny Bealby, says 80 percent of his tours today include at least some kind of homestay. In some cases, popular itineraries have been revised to include a homestay; a walking tour of Palestine that’s been offered since 2013, for example, now features a village stay in Sanur.
“It’s being driven by the customer,” Bealby said, noting that travelers from London, Boston and New York seem willing to forgo the conveniences of a plush hotel every night. “What they want to do is connect.”
“It absolutely takes a bit of trust,” said Yvonne Finlay, managing director at Homestay.com, which launched in 2013 and now operates in 142 countries. “Effectively, you’re coming into this person’s home. So there needs to be that element of respect.”
Homestays also have a practical appeal. With Cuba’s limited hotel inventory, homestays are often the best option. One boutique travel company, Pelorus, pairs guests with specific hosts and neighborhoods, depending on their interests — food, music or retracing family roots. “Homestays allow us to be more flexible,” Jimmy Carroll, the company’s co-founder, said.
Of course, there is also the benefit of going further off the grid.
Iya Romantei, a rustic 1950s cabin with tatami floors and firewood stacked outside the front door, is a hotel in Japan’s Iya Valley, an ancient forested landscape six hours from Tokyo. It’s also the home of Yasuki Shinomiya. Inside, guests sleep on futon mats and gather around the sunken irori hearth for home-cooked meals.
Favorite activities include raiding the “sake shrine” (a comprehensive collection with more than 300 bottles) and soaking in the outdoor goemonburo (coal-fired hot tub) while enjoying plunging views of the surrounding mountains.
Since 2012, more than 30 nationalities have logged entries in Shinomiya’s guest book, and guests range in age from 2 to 80. An Australian woman came recently, he said, after booking one night at a fancy hotel in Tokyo. The reason for the detour? “She wanted to feel nature.”
On a trip to Granada in October, 30-year-old Jeanne Volomi chose a particular homestay because the owner had a son the same age as her own. “He got language immersion and a roomful of toys to play with. It was pretty ideal,” said Volomi, who lives in Colorado Springs, Colorado.
Toys weren’t the only draw: The two-story house was tucked in the quiet Albayzin district, with plenty of space and a patio overlooking the entire city. Before booking, Volomi asked the homeowner to send her a short video of herself walking through the house, which she did.
“I feel like people are looking for safety,” Volomi said.
In June, Wild Frontiers created an itinerary that whisks travelers off to a remote corner of the Altai Mountains in southern Siberia. During the 11-day “Altai Adventure” tour, guests spend the night in basic pine huts alongside their host, a 42-year-old Altaian wolf hunter named Valerii Orgunov. (Meals are served in a separate felt yurt that once belonged to Valerii’s grandparents.)
“This place is very remote, even for Russians,” Orgunov said. With its undulating plains, ice-preserved kurgans (burial sites) and rare wildlife, the region, known as Shaman’s Valley, is a photographer’s dream. But without basic amenities like electricity, shops and internet, it’s tough for leisure travelers to navigate alone.
Perhaps what is drawing travelers to this domestic tourism is a sense of hope. More than anything, homestays offer a rare bridge between cultures in a world that feels increasingly divided. It is still possible to enter a stranger’s home and find unmeasured kindness and generosity on the other side of the door. 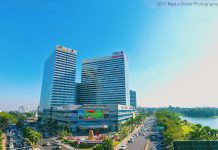