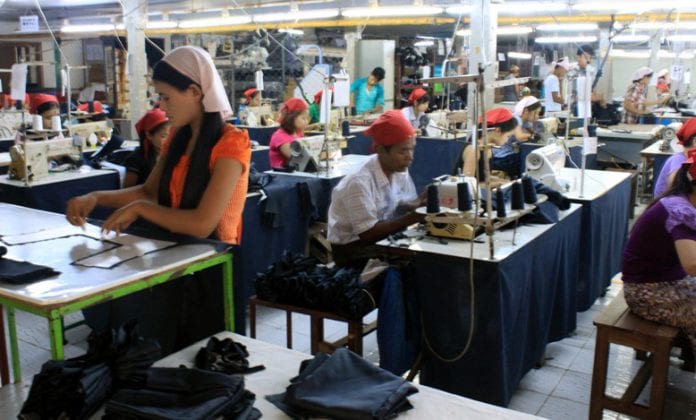 Hong Kong’s textile manufacturers have signed an agreement to set up an industrial park in Yangon in a bid to cut down their production costs by at least half.

Workers at the 200-hectare facility in Myanmar’s commercial hub will be paid about a fifth of those employed in mainland factories, South China Morning Post reported.

Hong Kong’s Liberal Party lawmaker Felix Chung Kwok-pan, representing the textiles and garment constituency, made the deal on behalf of 12 manufacturers to rent half of the 400-hectare Thilawa Special Economic Zone, which is being built by Myanmar and Japan.

“We will start the construction work in mid-2015 and hope the factories can start operating by the end of next year,” Chung was quoted as saying.

The land has been rented for $52 million annually for 50 years.

Chung said the Hong Kong manufacturers planned to employ at least 30,000 Myanmar workers at the market salary of $100 to $120 a month.

“The salary level is only one-fifth of the mainland workers. All products exported from Myanmar enjoy duty-free access to all EU countries after [Western counties lifted] economic sanctions on the country,” Chung said.

Chung said the manufacturers – who will invest $2 million to $3 million in the industrial park – could break even in one to two years.