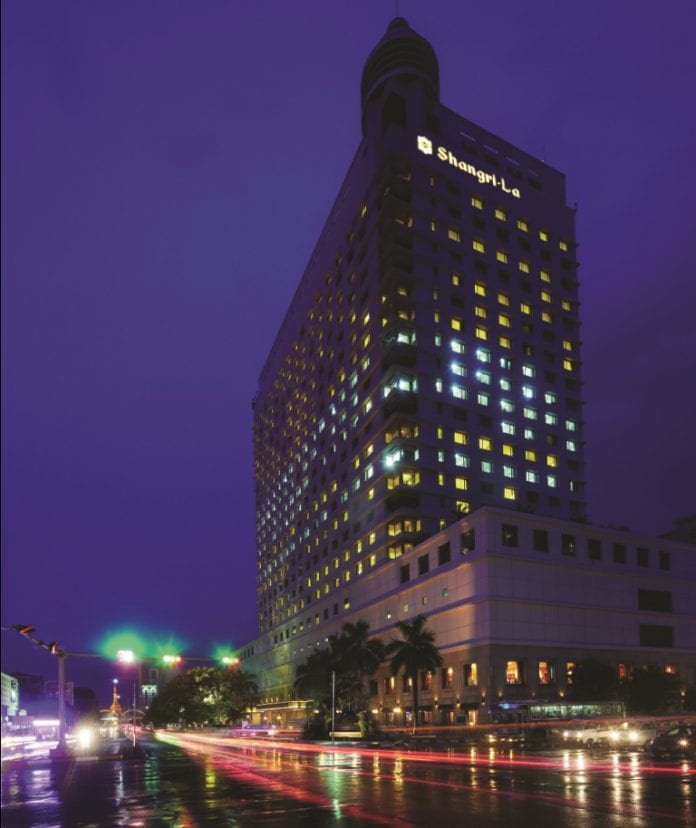 This article is a part of Myanmar Business Today's special Hong Kong feature by our Hong Kong correspondent Gordon Wong.

China was clearly Myanmar’s hand-picked favourite in terms of foreign investment before 2011, when the latter was still mired in isolation. As soon as Myanmar opened up in 2011, Japan, South Korea and Singapore quickly started to catch up, while it is probably only a matter of time for US and European executives to brush up themselves for their Yangon-bound journey.

While China continues to provide the lion’s share of foreign investment, the first runner-up is, interestingly, none but Hong Kong. As of June 30, investments from existing Hong Kong enterprises accounted for 17.6 percent of the total FDI in Myanmar, totalling $6.45 billion, figures from the Directorate of Investment and Company Administration (DICA) show. The amount is more than what South Korea and Thailand combined have invested in the country.

“Sixty-two percent of Myanmar’s population is of working age, and the rent for land is also cheaper than Guangdong province, which is $1.50 per square foot per month. So we believe that there are many opportunities for Hong Kong SMEs to benefit from this second wave of liberalization,” Raymond Yip, assistant executive director of the Hong Kong Trade Development Council (HKTDC), told Myanmar Business Today.

From ready-to-wear to ready-to-make

Hong Kong investment has set foot since long in the apparel industry in Myanmar. Giordano and Bossini, two globally renowned retailing brands from Hong Kong, have 99 and 19 shops in Myanmar respectively, targeting the growing middle-class in Myanmar.

However, textile manufacturing is now the new magnet for Hong Kong investors. Confronting rising labour costs and an appreciating renminbi in China, and labour shortages elsewhere, 12 companies will set up garment factories in Thilawa SEZ, which are poised to start production in May 2015, said Felix Chung, chairman of the Hong Kong Apparel Society and a Hong Kong legislator. The companies, including Chan Family Investment Corp Ltd and the Nameson Group, will be the first foreign investors in the flagship industrial zone.

“There’s great potential for the Hong Kong garment industry to move some of its production to Myanmar,” Felix Chung told the HKTDC. Labour costs, he said, are significantly lower than in neighbouring Cambodia and Vietnam, where the average wage is $200 per month. “In Myanmar, it’s $60 to $70 per month.”

“They have a new government, they’re preparing to open the market and welcome investors.

“When we visited those factories, the staff took no notice of us and kept working. That showed me that their work attitude is very good,” said Chung.

However, Hong Kong investors voice concerns over the lack of infrastructure in Myanmar. “There is no proper telecom network. Infrastructure is still under state control,” Chung said.

While Japanese investment in the industrial zone reassures Hong Kong investors’ confidence in the provision of infrastructure, there is also a practical reason to set foot early. “If you wait until then, it may be too late. Others will have already set up there. So Hong Kong manufacturers have to do something now,” he added.

A spring of hotels

The hotel group is optimistic about the industry’s growth potential.

“With the introduction of low cost carriers and relaxed visa requirements, I believe accessibility to the city and other emerging destinations in Myanmar is getting easier for business and leisure travellers,” said Phillip Couvaras, area manager of Sule Shangri-La, Yangon.

Couvaras is particularly impressed by the hospitality of local people, which he sees as an asset. “Having lived in Yangon for three years and worked with the local people on a daily basis, I find them to be warm-hearted, respectful and to possess unique qualities,” he said.

Shangri-La is set to open its second hotel on the banks of Kandawgyi Lake in 2017. The Lakeside Shangri-La, as it will be named, will boast 350 guestrooms and suites, alongside three restaurants, two bars, generous meeting and convention space and an outdoor swimming pool. Meanwhile, Sule Shangri-La has been undergoing complete refurbishment.

Sule Square is another emerging development within Yangon’s central business district. Slated to be ready in early 2016, it will be a modern commercial complex with 17 floors, each covering 2,000 square metres of space. It will be supported by multi-level retail and eateries, as well as Citymart, an anchor tenant, said Couvaras.

Shangri-La, however, will soon be competing with The Hongkong and Shanghai Hotels Ltd (HSH), another Hong Kong-based premier hotel group. HSH, along with Yoma Strategic Holdings Ltd, will restore the historical Myanmar Railway Company headquarters into a five-star hotel called The Peninsula Yangon. The building dates back from the 1880s and is one of the oldest existing colonial buildings in Yangon.

The decision came amid Myanmar’s announcement of targeting up to 3 million foreign tourists annually by 2015.

“Myanmar is one of the world’s most exciting emerging markets and we see good potential in this market as a luxury travel and tourism destination,” said Clement KM Kwok, managing director and chief executive officer of HSH.

By the time of writing, Yangon remains the focus of both groups’ operations.

As a practitioner of laissez-faire, the Hong Kong government does not nudge investment into a particular direction as some of its neighbours do. However, given the opportunities presented in Myanmar, the Hong Kong Trade Development Council (HKTDC) has organised a number of business missions to Myanmar.

“I would also advise them to come to see Myanmar for themselves. Sometimes seeing is believing.”

Hong Kong’s position as a regional hub is also a boon for its businesses in Myanmar.

“Being situated relatively close to Shangri-La’s head office in Hong Kong (just slightly over a three-hour flight) has its advantages,” said Couvaras.

The city-state’s low tax rates may as well put Hong Kong investors at an advantage.

“Since Hong Kong is a free port where import and sale of jade is duty- and tax-free, thus the relatively lower-priced jade products attract customers not only from the locals and Mainland China, but also from Southeast Asia and around the world,” said a spokesperson from Chow Tai Fook, which sells Myanmar jade as part of its business.

There has been an “overwhelming” interest in Myanmar among Hong Kong businesses, said Loretta Wan, regional director of the HKTDC – and it seems like it’s going to keep drawing the much-needed foreign cash inflow from Hong Kong.