HomeMMBIZ NewsHow Much Would It Cost to Immunise All Children in 2014?
MMBIZ News

How Much Would It Cost to Immunise All Children in 2014? 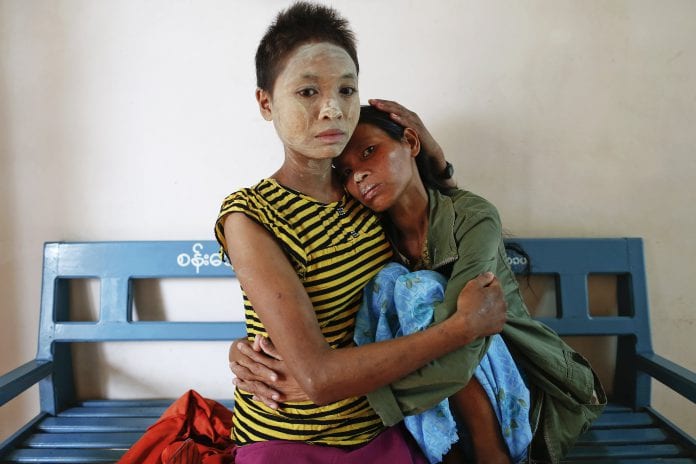 According to two recent reports by the children's agency UNICEF, it would take a mere 0.9 percent of revenues from two new projects to immunise all children in Myanmar in 2014 – some 1.5 million under two years of age.
It would cost an estimated $11.4 million for 6.76 million doses of vaccines covering a wide range of preventable diseases and this could be funded entirely by government revenue from the Shwe project in western Myanmar and Zawtika in the south, said UNICEF.
Released in November, the reports take an interesting look at how income from natural resource projects could benefit children in the resource-rich but impoverished country, which has emerged from half a century of brutal military rule.
Analysts and observers have long criticised Myanmar's management of its immense reserves of gas, oil, gemstones and timber as “opaque” – the kind of environment in which kleptocracies thrive as leaders and cronies cream off wealth to line their own , leaving the rest of the country in poverty.
Despite its natural riches, Myanmar is Southeast Asia's poorest country. About one-third of its 60 million people live on less than $1.25 a day.
“Myanmar is blessed with an abundance of natural resources which can be turned into meaningful, sustainable, impactful social investments right now, starting with children,” one of the reports said.
As income from natural resources grows, there’s “an opportunity” for the Myanmar government to channel it into social development and this could be done “for a relatively small amount” of government money, it added.
Ongoing reforms may have made Myanmar a darling of the West – a far cry from a couple of years ago when it was a pariah state – but the country’s spending on education, health and social welfare is still measly.
For the fiscal year 2012-2013, as a percentage of GDP, the government spent 0.76 percent on health, 1.46 percent on education and 0.01 percent on social welfare, according to UNICEF. Almost all vaccines are currently purchased with donor funds.
Social spending has seen increases in recent budgets but it’s important to remember the base was extremely low. Aid workers said in 2007 that the government spent only $0.70 per person on health.
“Despite improvements, the country’s under-5 and infant mortality rates are the highest among ASEAN (the Association of SouthEast Asian Nations) member countries, and many of these deaths are preventable,” it added.
Around 56,000 children under five die in Myanmar each year, a huge majority of them younger than one month, said the aid agency.
The current immunisation rate in Myanmar is fairly high – around 80 percent, although UNICEF says data isn’t always reliable – but there’s no reason why every single child couldn’t be vaccinated, considering the amount of money Myanmar is earning and could earn from natural resource projects.
“Children are the most precious resources of the country. They must be the first beneficiary of the ongoing reforms,” said Bertrand Bainvel, UNICEF’s representative in Myanmar, in a report.   Reuters