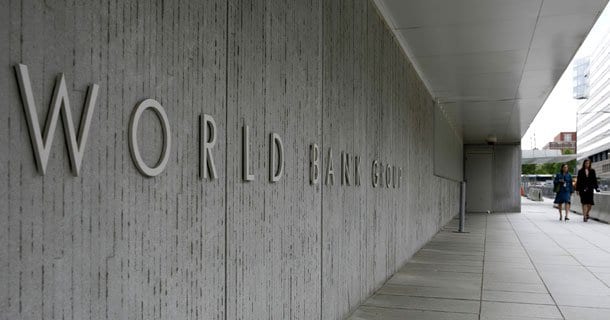 The World Bank Group should act to overcome Myanmar’s major human rights problems in its new strategy for the country, a New York-based rights group said in a submission to the bank.

“The World Bank should be taking stock of the human rights situation in Burma as the 2015 elections approach,” said Jessica Evans, senior international financial institutions researcher at HRW.

“The elections could be a milestone in Burma’s reform efforts or a major setback, and the bank will need to set the best path for engagement.”

Despite significant human rights improvements in Myanmar, the reform process remains fragile, and serious problems remain, particularly as the 2015 elections approach. The World Bank Group cautiously reengaged with the government in 2012 and is developing a more comprehensive partnership framework for the next five years.

Before it re-engaged with Myanmar in 2012, the World Bank had not provided financial aid to the country since 1987, when it was ruled by an abusive military junta. While there has been an increase in development aid in the past two years, Myanmar remains one of the poorest countries in the region.

The World Bank Group is piloting a new process for country engagement in Myanmar, first identifying major challenges to sustainable, inclusive development. The next step is to work with the government on a strategy to address the challenges. For this new process to be meaningful, the bank should not ignore controversial issues such as human rights, the rights group said.

HRW urged the World Bank to fully analyse Myanmar’s positive developments and the myriad issues that remain, and work with the government to address these issues, in close consultation with independent groups.

The World Bank Group should also do more to ensure that local communities can participate in identifying and shaping development priorities, Human Rights Watch said. The bank should publish country documents and project documents in relevant ethnic languages in addition to Myanmar and English; consult with local people who will be directly affected by proposed projects; and ensure that all consultations are accessible for all marginalised groups, it added.

“It should also address ongoing governmental restrictions on independent groups and the media, both in its diagnostic effort and its high-level dialogue with the government, emphasising the importance of participation and social accountability for development,” HRW said.

It said the Bank should assess and address the possible adverse impacts on human rights in all of its projects in Myanmar, particularly discrimination against minorities, land rights violations, and labour rights violations.

In light of the high-risk environment, HRW said the International Finance Corporation, the bank’s private-sector lending arm, should require businesses to undertake human rights due diligence. This would involve taking the necessary measures to identify potential human rights problems, mitigate them, and provide an appropriate remedy for any abuses that occur despite the preventive steps taken.

All institutions of the World Bank Group should examine the rights records of government and private sector partners to ensure that they are not implicated in rights abuses or corruption, Human Rights Watch said. And all should rigorously monitor and supervise implementation of projects they fund to ensure that human rights are respected throughout.

“The World Bank has an important role to play in advancing access to education, health, and electricity in Burma,” Evans said.

“But for it to really advance development, it needs to have its eyes wide open to Burma’s ongoing rights problems and actively work to address them.”