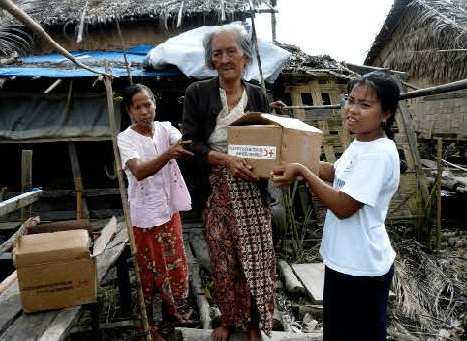 Myanmar’s draft associations law fails to meet international human rights standards and should be significantly revised or discarded, Human Rights Watch said last week. If passed in its current form, the law would permit excessive government control over civil society groups, hindering freedom of speech and association at the expense of Myanmar’s reform and development, the US-based advocacy group said in a statement.

The draft Law Relating to the Forming of Organisations, made public on July 27, is slated for early debate in Myanmar’s national assembly. HRW said the bill, if enacted, would require nongovernmental organisations (NGOs) to obtain official registration to operate; provide overbroad and vaguely defined regulatory authority to a body under effective military control; and subject groups to arbitrary decisions without appeal. Members of unregistered groups could face criminal penalties.

“This draft law would give the Burmese government broad authority to refuse to let a group operate and send association leaders and members to prison if the group functions without permission,” said Phil Robertson, HRW deputy director, Asia.

“It seems the government wants to keep its stranglehold over civil society, effectively muzzling watchdog groups during this critical reform period.”

The draft associations law contains a number of provisions contrary to the right to freedom of association as set out in the Universal Declaration of Human Rights and international human rights treaties, HRW said.

The draft law would require all NGOs to register before functioning, essentially conditioning the right to freedom of association on gaining government approval. Chapter VIII states that organisations and members without a “formation certificate” may “not form or function as an organisation.” Individuals who fail to comply face criminal penalties, including up to three years in prison and fines.

The draft law in chapter III creates a “Central Committee” that has authority to reject NGO registrations and terminate existing groups. There are no provisions to ensure the committee’s independence or competence, HRW said.

“It is chaired by the minister of home affairs, who is designated under Myanmar’s 2008 Constitution to be a senior serving military officer. The Myanmar military’s longtime hostility toward domestic and international groups raises serious concerns about this committee’s impartiality on matters of NGO registration,” the HRW statement said.

Central Committee decisions under the proposed law are final and not subject to appeal. Moreover, there is no provision for appealing a suspension or termination of registration status. The committee has broad authority to cancel the registration of those organisations that “are found to be acting in ways or for an objective that are different from those at the time of formation or registration.”

HRW said the law also lacks procedural safeguards such as advance notice of regulatory action, opportunities to resolve problems prior to termination or suspension, or limiting termination to a sanction of last resort. The human rights group termed the proposed waiting period of 90 days for a committee decision on an application as “unnecessarily long.”

The draft law sets out that registration of any domestic or international NGO is only for a period of five years, and that organisations must re-register before the expiration of this period. Such re-registration requirements provide an opportunity for the Central Committee to retaliate against a group that has advocated against or criticised government policies, HRW said.

The draft law should be revised to comply with international standards, the rights group said. It said the law should make registration voluntary, and eliminate criminal and other penalties for organisations that do not register. HRW demanded clarification of the vague and unspecified provisionsso that the government“cannot use the law to target critics by denying them registration.”
While governments have a legitimate regulatory interestin providing benefits to civil society organisations that register as legal entities and preventing criminal activity, such regulations should not provide a cover to undermine rights to freedom of association, expression, and assembly, HRW said.

“The proposed associations law could be easily misused to deregister groups that criticise government policies and practices,” Robertson said.
“The government should be treating civil society groups as key to national reform and development, not as an obstacle.”
The draft law also places restraints on international groups that could severely hamper their legitimate activities, HRW said.

The Central Committee could require international NGOs to sign memoranda of understanding with government ministries in order to function, something some but not all international organisations do. Those who do not register or are denied registration “shall not function or exist.” The law does not clarify if this would prohibit all forms of engagement with the country, such as short-term visits.

The number of domestic organisations and community groups in Myanmar rose considerably following the devastation wreaked by Cyclone Nargis in May 2008. They now play a critical role in promoting women’s rights, environmental protection, poverty reduction, economic development, health, education, and human rights, among other areas.

Many of these organisations have already expressed strong opposition to the draft law, rejecting many of its provisions and decrying the lack of consultation with civil society during its formulation.

In an August 21 statement, the United Nations special envoy on Myanmar, Tomas Ojea Quintana, said that passage of the law in its current form “would be a serious setback for the development of a strong and vibrant civil society” in Myanmar and that “the government has to change its mindset on registration procedures if it is to create an environment in which civil society can thrive.”

“Burma is slowly emerging from decades of harsh authoritarian rule where many groups faced either control by the government or being forced into exile,” Robertson said.

“The draft associations law threatens the recent gains made by Burmese civil society groups and will undercut efforts to hold the government to account in the reform process.”