HTC Counts on Cheaper Smartphones to Return to Profit in 2014 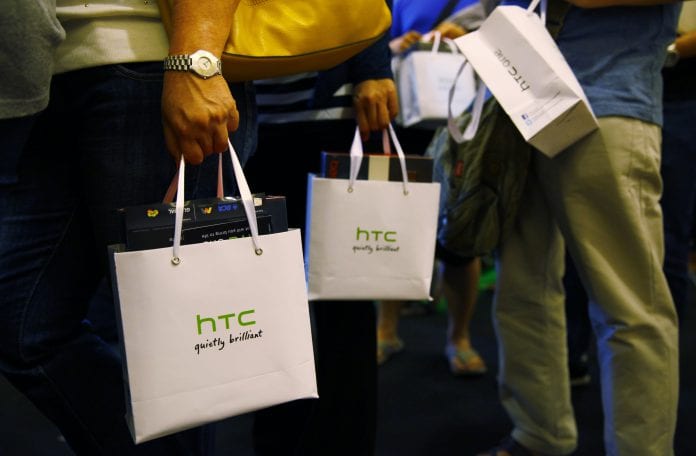 Taiwanese smartphone maker HTC Corp said new lines of mid-tier handsets will help it return to net profit in 2014, predicting cheaper products can help it reclaim market share and put an end to over two years of sliding sales.

Chief Financial Officer Chialin Chang told an analyst and investor briefing that 2014 should see a rise in gross profit margins due to an improved product mix. “What we’re shipping in there, we want to make sure is competitive,” Chang said.

HTC’s decline has been swift, squeezed by cheaper rivals in China as well as Apple and Samsung. Just over two years ago it supplied one in every 10 smartphones sold around the world: in 2013 its global market share had fallen to just 2 percent, according to Strategy Analytics analyst Neil Mawston.

That decline has left its mark on investors. HTC’s share price has shown no signs of recovering from a three-year slide in value to one-tenth of its record high.

HTC has acknowledged the need for action. “The problem with us last year was we only concentrated on our flagship. We missed a huge chunk of the mid-tier market,” said co-founder and Chairwoman Cher Wang, speaking to Reuters.

Amid the decline in its fortunes, HTC’s brand image has suffered, and investors have been desperate for signs of a clear strategy – though the announced push into mid-tier smartphones may offer a glimmer of hope for the company.

The CFO said that new mid-tier and low-end handsets should provide the majority of revenue, bar sales from its flagship HTC One phone, after the first quarter. For January to March, it expects revenue to fall to T$34 billion to T$36 billion from T$42.8 billion a year earlier.

The company in January reported its second consecutive quarter of operating losses, with a slim net profit of T$300 million ($10 million) for the fourth quarter helped by an asset sale.

Chang was optimistic about prospects for its flagship, feature-loaded HTC One smartphone, which won rave reviews last year that have yet to translate into matching sales. Reuters