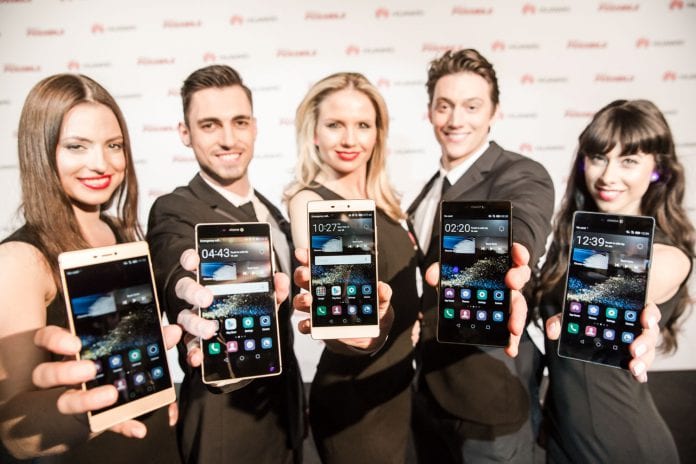 The Huawei P8 is the newest in the firm’s P series line, while P8max builds on the P8 design and features a larger 6.8-inch screen, longer battery life and a camera with light sensitivity for any environment.

Global sales of Huawei P6 have totalled 5 million units in 60 countries and Huawei P7 surpassed 4 million sales across more than 100 countries in six months. The success of the Huawei P6 and P7 indicates a strong potential demand for the Huawei P8, Huawei said.

There are two versions of Huawei P8; the standard device and the premium version. It will initially be available in more than 30 countries. It is expected to be released in Myanmar this month.

P8 is 6.4mm thin, with dual SIM cards, and works with a 4G network (if the service is available). The Huawei P8max has a 6.8-inch large screen and is equipped with a 4360mAh large battery – all contained in a slim 6.8 mm body. With this battery, consumers can watch downloaded video for over 15 hours.

“The goal of Huawei P8 is to become the most user-friendly smartphone for consumers globally,” said Richard Yu, CEO of Huawei Consumer Business Group. “Through in-depth market research, Huawei has addressed the most pressing pain points for premium smartphone users today. … Building on the outstanding market performance of Huawei’s P series, we fully believe the Huawei P8 will become one of the most popular smartphones of 2015.”