Hydropower Goes Ahead Amid Assessment Spat 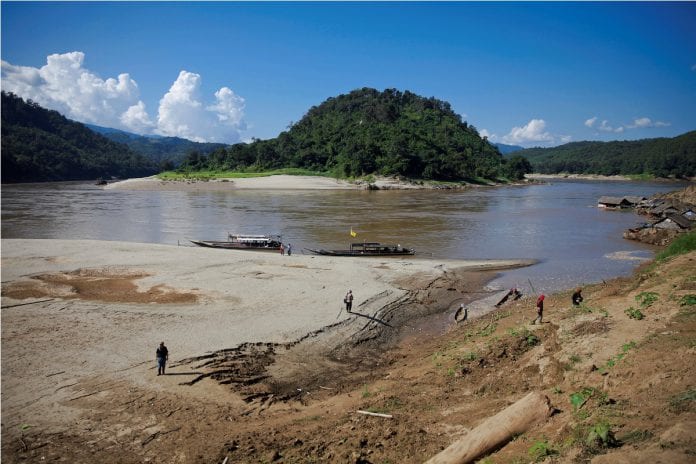 Five hydropower projects have been planned on Thanlwin river, although all projects are still in the assessment stage except for the Kunlong dam, U Maw Thar Htwe, deputy minister for electric power, told a session of parliament.

A series of five dam projects proposed on the river comprise the Upper Thanlwin dam (Kunlong) with a projected capacity of 1,400 megawatts (MW), Nawngpha dam with 4,540MW, Maitone dam with 70,000MW, Ywathit dam with 4,000MW and Hatgyi dam with 1,360MW. Among them, only Kunlong project has gained a joint venture agreement.

The deputy minister said a Memorandum of Understanding (MoU) for the Kunlong dam was signed in April 2007 between the government, local firm AWC and two Chinese firms, Hanergy Holding Group Company and Gold Water Resources Company Ltd. Since then, the Kunming Hydropower Investigation and Research Institute (KHIDI) conducted an FSR (feasibility study report) and produced a final report in December 2009 which was deliberated by the government officials with local and foreign experts and approved two years later.

Dr Khin San Hlaing, member of the lower house representing Pale township, said that the impact of the dam projects on the livelihood of the local people along the river, the cultural heritages, environment and the ecosystem of the watershed areas of the river need to be considered carefully. She said over 20 dams planned or built on the river in Tibet, China’s Yunnan and Myanmar can put pressure on the geological fault line, which can lead to severe earthquakes.

She cited the 2008 Sichuan earthquake that killed 80,000 people as an example of how alterations of the 2,920-kilometre Thanlwin river can affect the environment.

Deputy Minister U Maw Thar Htwe replied that the government conducted the environmental and social impact assessments (ESIA) together with KHIDI and local NGO BANCA (Biodiversity and Nature Conservation Association) for three years after the approval of the FSR.

To minimise the earthquake risk, the reservoir water volume is set at the minimum and a sufficient volume of water will be released to meet the ecological requirement during the dry season, and that the assessments also identified plans to conserve the biodiversity and replant trees, he added.

The estimated cost for the dam is $2.05 billion while total investment is projected at $2.69 billion. The government expects to receive profits of $2.99 billion over 40 years, making it a feasible investment, the deputy minister said.