IFC Investment to Hit $1 Billion in Next Three Years 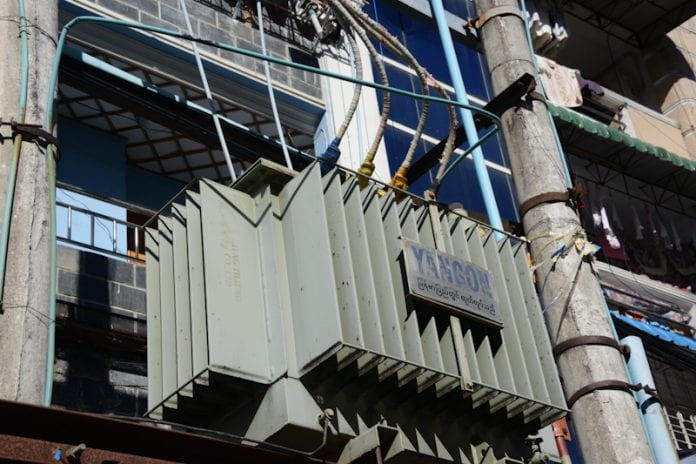 The International Finance Corporation (IFC) said it expects to ramp up its investments in Myanmar to $1 billion over the next three years, a significant scale up of its engagement in the country.

The World Bank’s private investment arm’s total investment portfolio is expected to reach around $400 million for fiscal year 2015 (which ends June 30, 2015), up from $92 million as of November.

The increased investments will offer easier access to finance and better infrastructure that will enable the growth of small and medium enterprises and create jobs, IFC said in a statement.

The financing will also support development of Myanmar’s private sector, the backbone of the country’s economic growth and job creation, it added.

“We will continue to work with the government and the banking sector to enhance Myanmar’s infrastructure and financial markets to boost sustainable growth that benefits more people.”

IFC’s current projects focus on improving the business climate and helping enterprises to save funds, insure their firms, and obtain loans to grow their businesses; and support of critical infrastructure development.

IFC is advising the government on the transformation of the state-operated Yangon Electricity Supply Board (YESB) into a commercially viable corporation. IFC said it will consider financing YESB, if necessary, to further support the corporatisation process. In Myanmar only around 30 percent of households have access to electricity,

IFC is also advising the government on a competitive selection process for an independent power producer to build the 250-megawatt combined-cycle Myingyan power plant.

The lender said it is set to scale up its support for infrastructure even more, with a focus on key sectors such as power, telecommunications and transport.

IFC is advising Myanmar Oriental Bank and Yoma Bank, and microfinance institutions to improve corporate governance, risk management and trade finance while also providing capital to boost scale and expand services to those without banking connections. Lack of access to finance is one of the main barriers to growth for businesses in Myanmar.

At the regulatory level, IFC said it will focus during the current fiscal year to support Myanmar’s Central Bank in developing at least one credit bureau by June 2016, allowing lenders to access borrowers’ credit history, better evaluate loan risks, and thereby extending loans more quickly and on a larger scale than currently where too little information makes banks reluctant to lend.

IFC is working with the government and the Union of Myanmar’s Federation of Chambers of Commerce and Industry (UMFCCI) to establish the Myanmar Business Forum, a public-private dialogue platform to facilitate reforms.

“What we are seeing currently is that many investors are eying the Myanmar market, but too many remain on the sidelines amid unclear rules and regulations,” said Vikram Kumar, IFC resident representative for Myanmar.

“Improving the ease of doing business will help attract more domestic and foreign investment which Myanmar very much needs to develop.”

In fiscal year 2014, IFC committed $80 million to subsidiaries of Shangri-La Asia Ltd to expand its hospitality business in Myanmar as international arrivals in the country have been increasing by 30 percent annually since the economy opened.