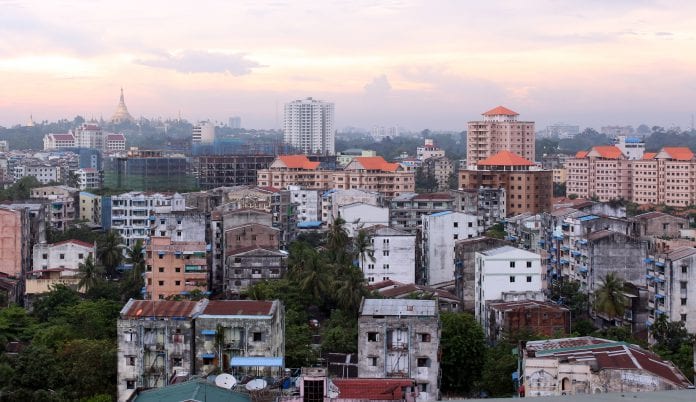 The US Campaign for Burma (USCB), a rights group based in Washington, urged IFC to ensure that IFC investments in Myanmar are “oriented toward poverty alleviation,” and to “prioritise safeguards and transparency” and called on the funder to stop these projects and analyse their potential social effects.

“The IFC has the responsibility to use its financial influence to promote transparency and reform in Burma’s corrupt business environment,” said USCB Policy Director Rachel Wagley.

“Regrettably, the IFC’s recent investment proposals seem to mark a deviation from the IFC’s earlier objective to bolster the growth of microfinance in Burma and may instead exacerbate socioeconomic inequality in the country.”

In 2012, the US Congress rescinded sanctions prohibiting US investment in Myanmar to signal its support for the country’s semi-civilian government, which was slowly planting reforms after decades under military rule.

That same year, IFC opened its office in Myanmar and began to assess the country’s investment and business climate. Given that over 30 percent of the population lives below the poverty line, IFC officials decided that the country office’s goal would be poverty alleviation, and eventually proposed five investment projects aimed at achieving this goal.

Three out of the IFC’s five projects in Myanamr involve the construction of upscale hotels, and the most recently proposed IFC project will excuse the Burmese client, Yoma Bank, from implementing basic due diligence and safeguards, the USCB said.

For one of the projects, which would develop four hotels, the IFC’s expected development impact is to “create 437 direct and indirect jobs (46 percent female) … and create demand for locally-sourced materials, services, and labour.” In addition, the project would “contribute to the domestic economies through increased tax revenue and foreign exchange inflows.”

The goal of another project, to build a business complex and more hotels, is to install what the IFC calls “critical business infrastructure”.

USCB urged the IFC Board to postpone approval of the Yoma Equity project until the IFC addresses concerns about Yoma Bank and re-categorises investment risks. The IFC is currently categorising its proposed $30 million investment in Yoma Bank’s Small and Medium Enterprise (SME) financing program as “Financial Intermediary (FI)” lending.

The IFC is currently under fire for approving billions of dollars of FI lending that have led to land confiscation, assassinations, forced evictions, and other human rights abuses around the world, resulting in a groundbreaking internal audit in 2013.

Notorious FI projects include a thermal power project in Odisha, India and an agribusiness project in Honduras with Dinant Corp, both of which resulted in land confiscation, the exacerbation of poverty in rural areas, and harassment of local peoples, among many other grave concerns. In response, the IFC has admitted to missteps around Dinant.

“As the IFC engages with Myanmar’s private sector, and with individuals like Serge Pun who have deep government connections, it must be doubly careful to ensure that all potentially harmful projects trigger the due diligence and safeguards requirements of the IFC,” it said.

Other IFC projects in Myanmar are also raising flags, the campaign group said. The IFC project Landmark Myanmar aims to provide a $75 million financing package to Yoma Strategic Holdings Ltd and First Myanmar Investment Co, Ltd for an upscale construction project in Yangon. Serge Pun controls both of these companies, meaning that two of the IFC’s five projects in Myanmar contract with Serge Pun.

Yoma Strategic Holdings Ltd is a powerful actor in Myanmar’s high-risk plantation agriculture and real estate sectors, which are rife with human rights abuses, including environmental destruction, forced displacement, land confiscation, political detentions and labour abuses, according to the USCB. US officials specifically called for sanctions against Yoma Strategic Holdings Ltd in 2008 for its substantial economic and political support for the military regime through the construction/infrastructure sector.

“Upscale hotel construction and signing multiple investments with one individual, Serge Pun, are peculiar ways to empower impoverished people in a country where over one-fourth of the population lives under the national poverty line.”

The potential broader impact of the IFC’s projects is also under scrutiny. The majority of Myanmar live in rural areas, after all, and agriculture is the livelihood of up to 70 percent of the population, according to Oxfam.

Yet most of the IFC’s projects are focusing on urban areas. Experts say this is simply continuing a broader trend being seen in Myanmar since its economy began to open up.

“A significant factor contributing to the urban versus rural income inequality is that the vast majority of investment in Burma is concentrated in the urban sector, despite the fact that only one-third of the population lives in these areas,” Dennis McCornac, of Loyola University, stated in a recent essay.