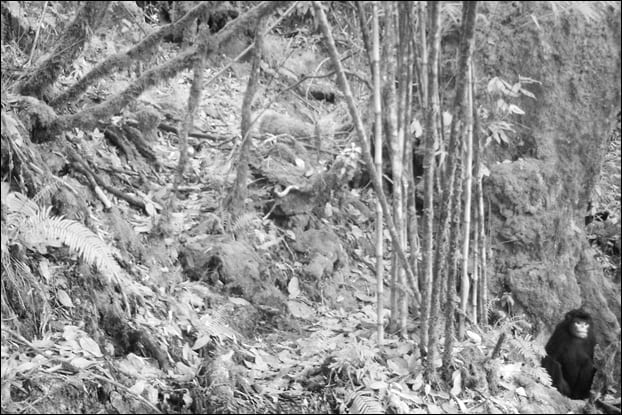 The species is listed as Critically Endangered on the IUCN Red List, with only an estimated 260 to 330 individuals surviving in the wild. Discovered in 2010, the rare primate remained elusive until FFI said last week that it was also able to capture the world’s first video footage of the species.

Since the discovery, FFI has started a community-based conservation programme in Myanmar, which provides alternative livelihoods to local indigenous hunters and operates a community ranger programme to protect the species.

FFI said this has already had a significant impact on reducing the hunting pressure.

However, Chinese illegal logging continues to threaten the species’ survival. Due to recent armed conflicts this remote border remains largely outside of state control and Chinese logging roads continue to scar the Himalayan mountain ranges.

FFI said the pending gazettement of the new Imawbum National Park in Kachin – where armed conflicts have ceased recently due to the ongoing peace negotiation process – will improve the species’ chance of survival.