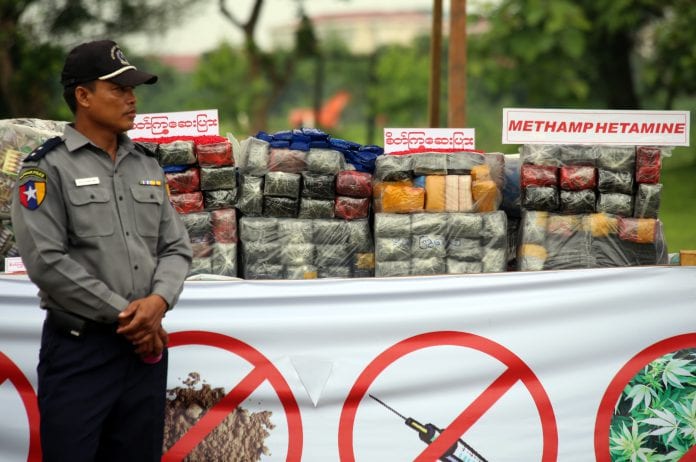 Anti-smuggling mobile teams have seized over K264 million worth of contraband on the Mawlamyine-Yangon trains in two raids in January, according to the Ministry of Commerce.

“There’s a mobile team operation codenamed “Hlote Shar 2,” or “Movement Two,” on Yangon-Myawaddy route. There are also checkpoints in the towns of Nyaung Khar Shay and Waw that inspect trucks and other vehicles. So the smugglers are shifting to trains to move their goods. We didn’t search the trains along the way to avoid disturbing the travellers and seized the goods only after they reached the Yangon Central Station,” said a deputy director from the committee on control of illegal trade.

Since its inception in September 2012, the committee has seized K27.85 worth of smuggled goods in 5,344 cases as of January 15, it said. According to the statistics of the committee, Muse-Mandalay route, a major channel for goods moving to and from the Chinese border, accounted for most of the seizures with K20.69 billion worth of contraband seized. Myawaddy-Yangon route, which connects the commercial capital with the Thai border accounted for K2.67 billion worth of seized goods.

The seized goods include ingredients used in betel nut paraphernalia, speakers and sound boxes, automatic sewing machines, tailoring equipment and beer among others. However, some goods were found to be licensed and returned to their owners afterwards, the authorities said.

The committee said it is also monitoring the flow of goods at the international airports and port terminals to uncover smuggling activities.