IMF Chief Lagarde Due in Myanmar 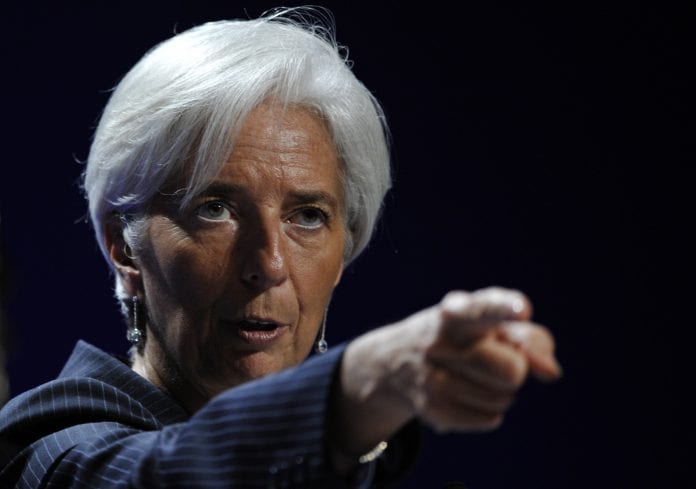 The International Monetary Fund (IMF) chief Christine Lagarde will make her first visit to Myanmar next month adding to a series of high-profile visits to the recently-opened Southeast Asian country.

Lagarde will visit Myanmar’s capital Nay Pyi Taw and commercial hub Yangon during her December 6-7 visit, which will come after stops in South Korea and Cambodia, the Paris-based lender said in a statement.

“I will visit three countries in different stages of transition – Korea, the world’s 13th largest economy; Cambodia, a frontier economy on the rise; and Myanmar, undergoing a great awakening to countless possibilities,” Lagarde said.

Lagarde will meet with the authorities, including Vice President Nyan Tun, minister for finance and revenue U Win Shein and Central Bank of Myanmar Governor U Kyaw Kyaw Maung. She is also scheduled to have a meeting with opposition leader Aung San Suu Kyi.

She will conclude her visit to Myanmar by participating in the Myanmar Women’s Forum to highlight the role of women in the economy and will also speak to students at the Yangon Institute of Economics, IMF said.

The IMF has intensified its engagement with Myanmar recently following a raft of reforms undertaken by the current government. The lender advised the Myanmar government on unifying the various exchange rates, which existed during the previous military regimes, to introduce a managed float currency in April last year.

The IMF, along with the Japanese government, is also currently advising and providing technical assistance to the Central Bank of Myanmar to overhaul Myanmar’s dismal financial and banking system.

In May, the IMF said Myanmar’s economy would expand 6.75 percent in 2013-14 driven by gas production and investment.

On December 2-3, Lagarde will be in Cambodia, where she is expected to meet King Sihamoni, as well as Prime Minister Hun Sen, Deputy Prime Minister Keat Chhon, and other senior government officials. She will also speak to students of the Royal School of Administration, and exchange views with women business leaders and policy makers as well as think tank and private sector representatives.

On December 4-5, Lagarde will visit Korea to meet with President Park Geun-hye, Deputy Prime Minister and Finance Minister Hyun Oh-seok, and Bank of Korea Governor Kim Choongsoo. She will also meet with women leaders, and address students at a town hall meeting at Seoul National University. In addition, she will participate in the inauguration of the Headquarters of the UN Green Climate Fund and attend a signing ceremony with Deputy Prime Minister and Finance Minister Hyun on Korea’s contribution to the IMF’s capacity building program.