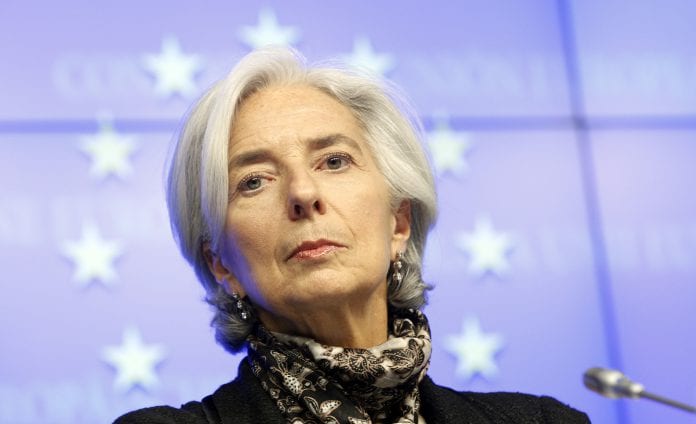 The announcement was made following the visit of IMF Managing Director Christine Lagarde to Myanmar.

During her visit, Lagarde met with Myanmar Vice President U Nyan Tun, where the pair discussed reforming Myanmar’s banking system, financial sector and monetary policy as the country emerges from decades of military rule.

As the Myanmar government looks to attract foreign investment, the financial sector is seen as a key area to show that the country’s reforms are genuine and to give investors confidence in operating within the country.

“[Myanmar] is building macroeconomic stability and undertaking the reforms needed for sustaining economic and social prosperity,” Lagarde said. “This comes from the recent reforms undertaken by the government, including adopting a managed floating exchange rate and removing exchange restrictions, establishing an autonomous central bank and significantly increasing spending on health and education. The next step is to build on these gains and take the path of sustained, strong and inclusive growth – to lower poverty and lift the prospects of everyone in Myanmar.”

Also during her visit, Lagarde met with opposition leader Aung San Suu Kyi and delivered a speech at the Yangon University of Economics, where she called on the country to include all Myanmar citizens in the country’s growing economy.

“Economic policy should always have a preference for the poor. Not just because it is good ethics, but because it is good economics too. With rampant poverty, people are too caught up in their daily struggles to fully develop their potential and contribute to society. It becomes hard to get finance, to get skills and even just to get by.”

She also attended the World Women Forum in Yangon, organised by the French Embassy, the first of its kind to be hosted in Myanmar.

The role of women in Myanmar’s society was a key component of Lagarde’s speech.

“The evidence is clear, when women do better, the economy does better. We have done some work on this at the IMF, showing that if women participated in labour markets to the same extent as men, the gains would be substantial. For example, per capita income could rise by 23 percent in South Asia, and 15 percent in East Asia and the Pacific.”

“As the famous Myanmar proverb puts it, ‘It is the mother’s hands that push the cradle that builds the future of the world.’ I know that Myanmar is blessed with an abundance of female talent from all walks of life. They are ready to contribute and ready to lead.”

IMF predicted that Myanmar’s economy will grow 6.75 percent in the 2013-14 fiscal year as the country continues its reforms.

The IMF has been assisting Myanmar in implementing its policies to ensure economic stability and strengthen reform.