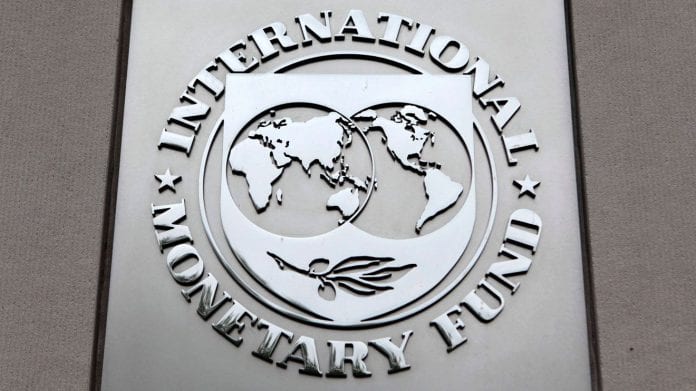 The International Monetary Fund (IMF) said Myanmar’s economy is set to grow 7.5 percent during the current fiscal year and 7.75 percent in the next, banking on rapid growth in the services and manufacturing industry.

The Paris-based lender earlier predicted Myanmar would grow 6.75 percent this fiscal, which ends in March. However, the Fund warned about the outlook for inflation, which should exceed 6 percent in the current fiscal.

“The current economic outlook is favourable,” the IMF’s team leader for Myanmar, Matt Davies, said at a press conference after concluding a visit in the country during January 9-21 for the second and final review of the Fund’s Staff Monitored Program (SMP) for 2013.

He said officials had achieved all the goals IMF had set, such as liberalising the foreign exchange market and building up the central bank’s reserves.

“Myanmar is undergoing an exciting transition. The authorities aim to build on the gains from the recent economic reforms, and achieve sustained, strong, and inclusive growth,” Davies said.

The external current account deficit is expected to widen further to about 5 percent of GDP in the current fiscal. As a result, the government’s accumulation of international reserves during FY2013-14 was slower than projected, IMF said.

While the fiscal deficit is expected to be broadly in line with the budget target, it should fall to 4.5 percent in FY2014-15, as a result of one-off revenues from telecommunications licences, Davies said.

Overall reserves still remain above three months of imports and accumulation should pick up in FY2014-15 as foreign direct investment and other inflows outweigh the current account deficit, he added.

IMF said credit to the private sector is expected to decline from current high levels but remain rapid at around 30 percent.

“Looking forward, it is important to continue building on the progress made on the priority areas under the SMP. The CBM’s reserves grew rapidly in 2013 through transfers from state banks and it now holds most of the government’s international reserves, as envisaged in the CBM law.

“This progress needs to be consolidated and made automatic so that CBM can accumulate further reserves to provide a larger cushion against external shocks. CBM also requires full budgetary autonomy and a strengthened market framework in order to implement effective monetary policy.”

However, IMF said while monetary policy tools are still being developed fiscal policy has to bear the burden of macroeconomic stabilisation.

“Monetisation of the deficit should be quickly reduced to moderate inflation pressures. Tax revenue is growing quickly but remains low; to enable increased spending it should be boosted though broadening the tax base and improving compliance,” Davies said.

Davies said: “Foreign bank participation can play a useful role in accelerating financial sector development but a gradual process is needed to minimise risks and to limit additional strain on supervisory resources.”