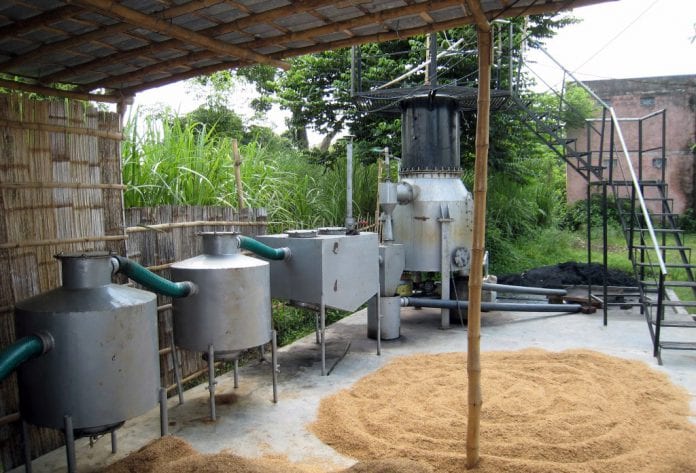 Myanmar is working hard to attract investments to fund the modernisation of its economy on a number of fronts, as well as encourage its leading local companies to internationalise. The country enjoys a number of interesting and evolving variables at the moment, what with its strategic location bordering China and India (among others), about 500 million people living in its regional neighbourhood, a young population, abundant natural resources (petroleum, timber, precious stones, natural gas and hydropower), and an ambitious reform program underway.

The opportunities for making progress are enormous, but seizing them will not be without challenges. UK-based non-profit human rights group Business & Human Rights Resource Centre (BHRRC) recently argued that companies operating in the country often fail to meet international standards on transparency. Key to unlocking the country’s full potential and a way toward the middle-income country future its citizens so desire will be enabling regulation, even more entrepreneurship with an eye to creating economic as well as social value, and investments that understand the need to drive wider positive impact for the country.

The case of rural access to energy illustrates the stakes perfectly. Globally, an estimated 1.2 billion people around the world have no access to electricity and 85 percent of them live in rural areas. About $36 billion would need to be invested every year on average until 2030 for everyone around the world to have access to reliable electricity. People at the base of the pyramid currently spend $433 billion on energy each year to meet their cooking, lighting, communications and income generation needs. A diversity of potential energy sources – which include, but are not limited to solar photovoltaic, biomass, hydrocarbon and geothermal – guarantee that each new year will bring notable developments with yearly progress continuing to be made in decreasing the energy gap between nations. Accordingly, Myanmar is also facing a massive need to upgrade the country’s energy infrastructure, and to reach out where people actually live: three quarters of Myanmar’s population live in the countryside. The electricity access rate is a mere 13 percent, and as much as one quarter of the electricity produced is lost.

Innovation and stimulating entrepreneurs with a focus on impact will be crucial to generating the kinds of solutions now needed. A look across the border is instructive. In India, nearly 300 million people are without access to power. Rural areas have a 50 percent electrification rate. India’s “Rice Belt”, which consists of more than 25,000 rural villages without power, has similar access rates as Myanmar: only 15 percent of households in the entire region are estimated to have electricity. Providing adequate energy solutions makes a big difference, and this is where innovative business ideas can make a difference, as is discussed in the new Impact Economy report “Building Impact Businesses through Hybrid Financing,” which was just released.

For example, Husk Power Systems, one of the case studies included in the report, provides off-grid power through a standardised solution to rural Indian villages mainly in the eastern state of Bihar, which contains approximately 500 households or around 200 shops and other small businesses. The firm produces, installs, and operates 25-100 KVA plants with its own mini-grid, at no fee to the villages it services. It then enters into contracts with farmers and local rice mills to procure rice husks and other biomass waste at fixed rates. The firm generates electricity using this feedstock and distributes power using a point-to-point system that connects each household and business directly to the power station. Households pre-pay $2.50 per month and commercial enterprises pay an additional 20 to 30 cents more for customized packages of electricity. Additionally, Husk Power Systems has devised a process to utilize the waste product of the gasification process (i.e. rice husk char). Approximately two tonnes of rice husk char at each plant are rolled into unscented incense sticks every month and sold to channel partners in the local market. Despite the name, Husk Power Systems is actually technology-agnostic and also commercialises renewable energy from other sources, such as solar energy.

Based on fundamentals alone, the new Myanmar offers amazing opportunities for positive impact and returns. Accordingly, the IMF cautioned in 2011 that structural reforms (which are in process) should seek to increase agricultural productivity and foster private sector development. A great many things have been achieved. But Myanmar now needs to find ways to further boost entrepreneurship and impact-oriented investment on a major scale. This will require improving foreign investment legislation and the general regulatory environment, along with rendering governance of potential investee companies more effective. An ecosystem driving inclusive growth has to emerge. Myanmar is one of the focus countries at the Impact Economy Symposium this year in Switzerland, and we look forward to further exploring how innovation and impact investments can be stimulated to contribute to the positive future the country deserves.

Maximilian Martin, PhD is the founder and global managing director of Impact Economy, an impact investment and strategy firm based in Lausanne, Switzerland, and the author of the report Building Impact Businesses through Hybrid Financing: Special Impact Starter Edition.